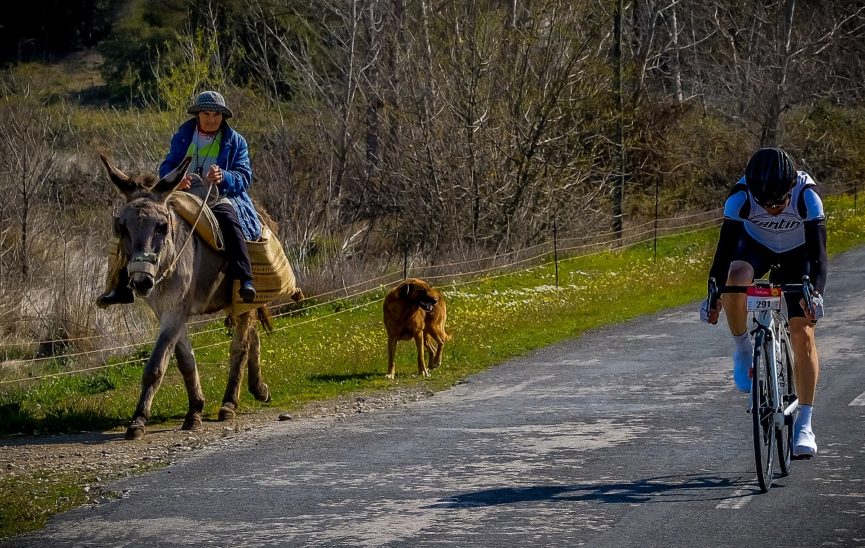 The 45th Volta ao Algarve, which will take place between 20 and 24 February, has a program enriched by different complementary events in 2019.
Already this weekend, the Mar Shopping Algarve, receives the first two days of the initiative Volta ao Algarve Kids. The outer surface of the commercial area will be transformed into a track adapted to the smaller cyclists, although with all the environs of the Volta ao Algarve. It will be an opportunity for fun for the children, accompanied by technicians of the Portuguese Cycling Federation, who will help the first pedals of those who are starting.
The Volta ao Algarve will run at the Mar Shopping Algarve on 16, 17, 23 and 24 February, between 11am and 6pm. Admission is free. On February 20, the track will be installed in ​​Portimão, where the first stage of the Volta ao Algarve will start on that day.
Meanwhile, the Mar Shopping hosts, from the 14th to the end of the month, the photographic exhibition “The Tour of the Algarve and the Territory”, with images taken by João Fonseca, who will also exhibit some photographs in Lagoa, from February 19 to March 19.
A debut in the program of the most international event of Portuguese cycling is the Volta ao Algarve Women. It is a soft bike ride exclusively for women, which will take place in Albufeira, at 9:30 am on the 23rd. Registration is free and must be made on the page of the Portuguese Cycling Federation on the Internet.
Known for her unique athletic achievements, Olympic champion Rosa Mota will join the peloton with more than 50 women and will ride along the 13 kilometers of the Volta ao Algarve Women, an initiative that aims to encourage the practice of physical activity by part of the female population.
The biggest of the complementary events of the Volta ao Algarve is the Algarve Granfondo Cofidis, which will take place on February 24, starting at 9:30 am in Loulé. There are 845 cyclists enrolled, of which 743 have already confirmed participation. They are participants from 14 countries: Germany, Brazil, Canada, Spain, United States of America, France, Holland, Ireland, Italy, Poland, Portugal, United Kingdom, Czech Republic and Russia.
The Algarve Granfondo Cofidis offers two distinct routes, the Granfondo, with 110 kilometers and 2200 meters of accumulated ascent, and the Mediofondo, with 60 kilometers and a cumulative of 1100 meters. Registration is closed on February 21st.
Also on the 24th, a demonstration of paracyclism for the blind is scheduled for Faro, just before the start of the fifth round of the Volta ao Algarve.