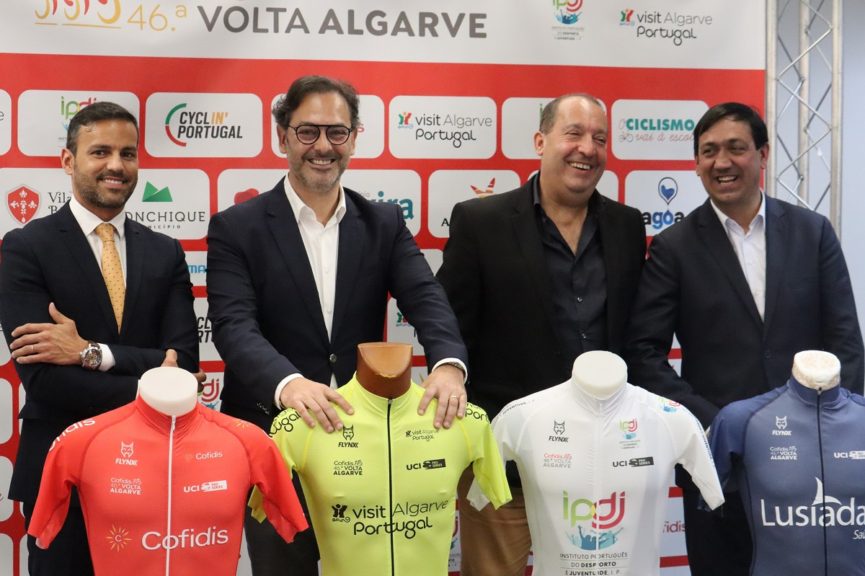 The 46th Volta ao Algarve Cofidis, on the road between 19 and 23 February, will be disputed by some of the best and most mediated cyclists in the world. The race will be watched in 83 countries, through live television broadcast.

The race, in 2020 promoted to the UCI ProSeries category, will have a peloton of 175 cyclists, representing 25 teams. Twelve of the participating collectives are from the WorldTour, cycling’s Champions League. Five blocks are ProTeam, and the remaining eight places are reserved for Portuguese continental teams.

The fans of the sport will have the opportunity to follow a peloton of champions in the Volta to Algarve Cofidis. In the year of the Olympic Games, the Olympic road champions, Greg van Avermaet (CCC Team), and omnium (track cycling), Elia Viviani (Cofidis), also European road champion, will take part in the race. Hitting the road in the Algarve will also be individual time trial world champion, Rohan Dennis (Team INEOS), the same discipline European champion, Remco Evenepoel (Deceuninck-Quick-Step), the cyclocross world champion and one of the big names of the classics, Mathieu van der Poel (Alpecin-Fenix), the three-time time trial world champion under-23, Mikkel Bjerg (UAE Team Emirates), the madison (track cycling) world champion Roger Kluge (Lotto Soudal), in addition to three men who were once world road champions, Michal Kwiatkowski (Team INEOS), Philippe Gilbert (Lotto Soudal) and the Portuguese Rui Costa (UAE Team Emirates), who returns to this race in which he has not competed since 2014.

The entry list also includes Vincenzo Nibali (Trek-Segafredo), one of the only two current cyclists that have already won the three Grand Tours, as well as the winner of the Tour de France in 2018 and Volta ao Algarve in 2015 and 2016, Geraint Thomas (Team INEOS). Other specialists in stage races who are expected to perform well in the Portuguese race are Bauke Mollema (Trek-Segafredo), Daniel Martin (Israel Start-Up Nation), Maximilian Schachmann (Bora- Hansgrohe), Miguel Ángel López (Astana Pro Team) and Tim Wellens (Lotto Soudal).

The entry list brings together 25 athletes in the top 100 worldwide, plus four of the five best teams in 2019 the international collective ranking.

In front of some of the best cyclist and teams on the international scene, the Portuguese fleet, composed of eight teams, will be put to the test. It is a moment of great motivation for national riders, who will have the opportunity to demonstrate their value on a privileged race.

The star-studded peloton draws fans, viewers, and journalists to the race. More than a hundred professionals from the media are expected to be present in the Algarve. The cyclists and participating team have a total of 20,8 million followers on social media, which guarantees a huge global audience that adds up to the one that will follow the race through television.

The event will be broadcast in 83 countries, among Europe, Asia, America and Oceania.

O Ciclismo Vai à Escola
As the Volta ao Algarve is a sporting event that brings together cycling lovers of several generations, the program O Ciclismo Vai à Escola (“Cycling Goes to School”) will also be present in order to stand for the recreational aspect of the sport. The activities, also supported by Cofidis, will take place at the start of the first three stages of the Volta ao Algarve, in Portimão, Sagres and Faro. Albufeira, where the fourth stage begins, will host the Passeio da Família (“Family Ride”), an initiative that aims to promote a get-together of all cycling lovers who want to participate.

Algarve Granfondo Cofidis
The fifth and final stage of the Volta ao Algarve will not be left out of this program of sporting initiatives, as it will receive the Algarve Granfondo Cofidis. This event, which has brought together hundreds of participants in previous years, will start in Lagoa, on February 23rd, where it will also take place the time trial stage of the race that brings the most international stars to Portugal. 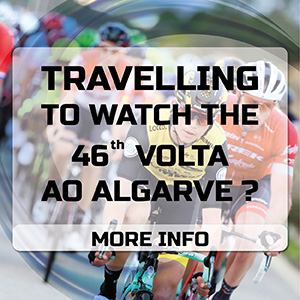