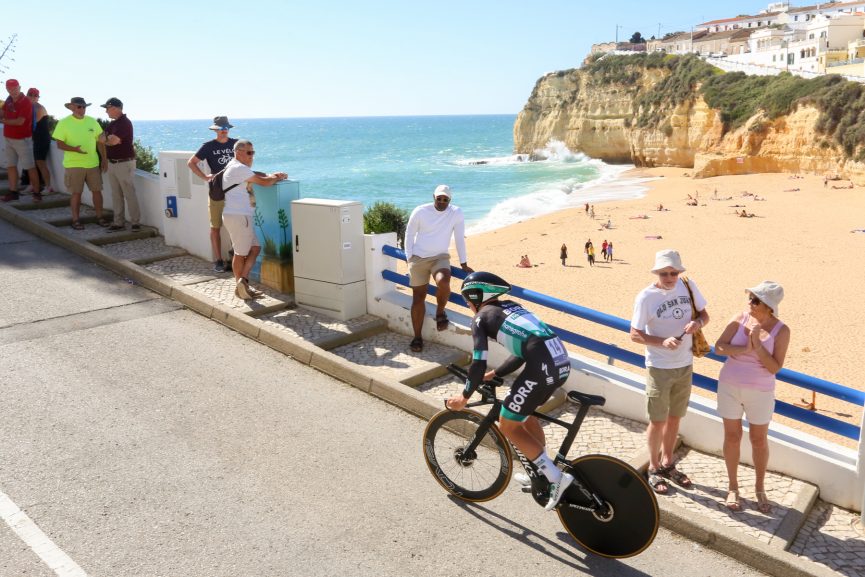 The 47th edition of the Volta ao Algarve will have Eurosport and Correio da Manhã TV as official channels, which will broadcast live every stage of the race.

The Volta ao Algarve’s peloton has attracted the attention of fans, viewers, and journalists from all over the world, which translates, more and more, into a global transmission of contents referent to the race.

In Portugal, the live broadcasts of the final part of all stages will be broadcast by Eurosport 1, between 4:30pm and 6pm, Portuguese time. The Eurosport network will also broadcast the race throughout Europe.

Besides the sports channel, Eurosport, CMTV will also broadcast the race at the same time, marking the beginning of a partnership between the Cofina Group and the Portuguese Cycling Federation which aims at promoting Portuguese cycling, with varied contents from other races besides the Volta ao Algarve.

“The race has been growing. We will have a packed peloton, in which the Portuguese teams will have a leading role. A great Volta ao Algarve is expected”, said the President of the Portuguese Cycling Federation, Delmino Pereira, at the presentation ceremony of this partnership with the Cofina Group.

Carlos Rodrigues, Executive Director, underlined the importance of the protocol to reinforce the group’s position in cycling, adding that “it will be a good occasion for the spectators to enjoy themselves, with good television broadcasts”.

At an international level, Colombia will also have exclusive access to the algarvian race, through channel Win Sports, as will New Zealand, by accessing Sky’s live broadcast. Fans living in other countries will be able to watch the race via the GCN platform.