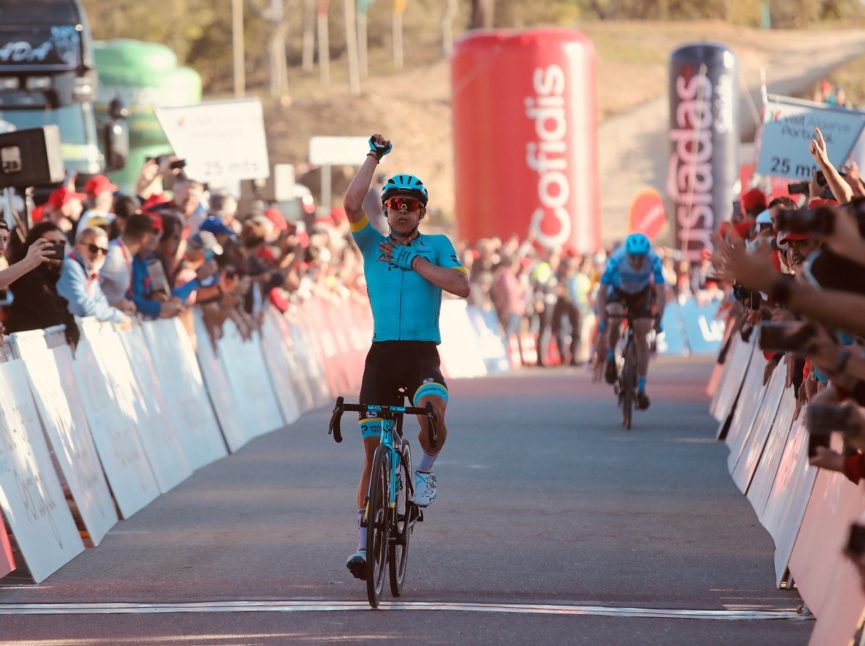 The expected Malhão stage did not disappoint, providing excitement and spectacle to the thousands of spectators who spread across the mountain in Loulé. A group of about 30 units entered the final climb, during which the stretches succeeded. Until the final 500 meters no initiative worked, but at that time Miguel Ángel López made the decisive attack.

The Colombian took off with confidence. The Irishman Daniel Martin tried to respond, but the best he managed was second place, 2 seconds away. Remco Evenepoel suffered to get third place, 4 seconds from the winner.

“I had good feelings on the way up on day two [Fóia] and I was hoping to be well to discuss this stage, even though it was my first race of the season. I’m satisfied with the victory and I want to dedicate it to my family. My teammates protected me from the wind throughout the stage and managed to position me well at the entrance of the final climb. I attacked from afar to isolate myself and got an important advantage which was enough to win. The triumph here is a positive sign. On the counter clock I will do my best for a good ranking. After the Algarve the next objectives will be Paris-Nice and the Tour de Catalunya”, revealed the winner of the day.

“It wasn’t an easy day, quite the contrary. The approach to the end was somewhat nervous, but my mission was clear. Keep an eye on the most dangerous opponents in the general classification and keep the yellow jersey. I lost a few seconds to Miguel [Ángel López] which will lead me to face tomorrow’s time trial with even more motivation,” promises the leader of the Deceuninck-Quick-Step.

The points and youth classification seem to be defined, with Fabio Jakobsen leading the Red Jersey Cofidis and Remco Evenepoel owning the white Jersey IPDJ.

The stage also saw the fight for the Lusíadas Blue Jersey, the best climber. This dispute happened in the escape of the day, through Tiago Antunes (Efapel) and Dries de Bondt, who left the peloton at kilometer 12, in the company of David González (Caja Rural-Seguros RGA), Tom Devriendt (Circus-Wanty Gobert), Daniel Hoelgaard (Uno-X Norwegian Development Team), Luís Mendonça (Efapel), Rafael Lourenço (Kelly-InOutBuild-UDO), Daniel Freitas (Miranda-Mortágua) and João Rodrigues (W52-FC Porto). The Belgian was stronger and only has to complete the last stage to take the this classification home.

The municipality of Lagoa receives, this Sunday, the end of the 46th Algarve Cofidis Tour, being the stage for the individual 20.3 km time trial, which will determine the winner of an exciting and balanced race as there is no memory.

It's official! The UCI has just announced the new date for the Volta ao Algarve: 5-9 May 2021.