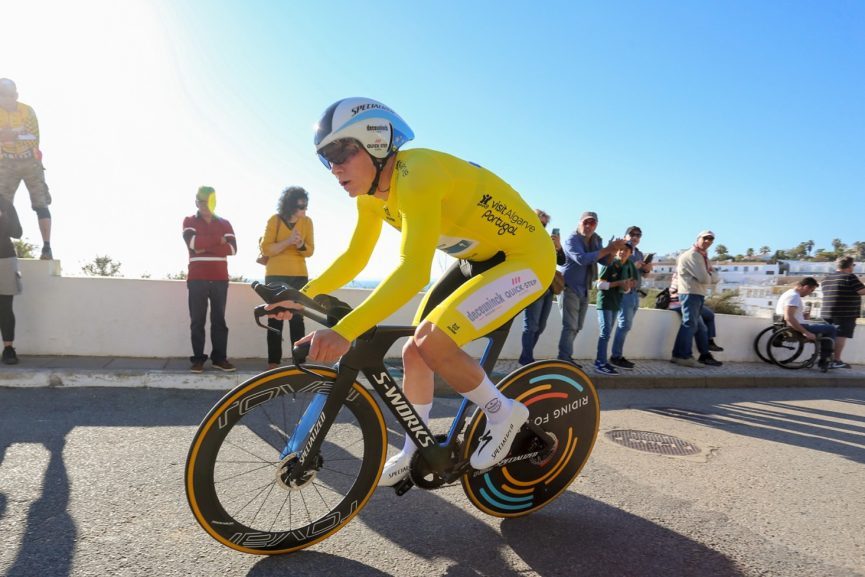 The Belgian Remco Evenepoel (Deceuninck-Quick-Step) won today the 46th Volta ao Algarve Cofidis, imposing itself in the final time trial, an exercise of 20.3 kilometers, in Lagoa.

The 20-year-old rider marked the best record ever on this course, in a very technical and demanding route.

The Belgian rider rode above 50.504 km/h to close the 20.3 kilometres in 24m07s – the previous best time was 24m09s and was set by Geraint Thomas in 2018. The second in today’s TT was the world champion, Rohan Dennis (Team INEOS), 10 seconds from the winner. Last year’s time trial winner Stefan Küng (Groupama-FDJ) closed the podium at 19 seconds.

The race arrived balanced on the last day, but the so-called “proof of truth” put everyone in their place. Remco Evenepoel was the undisputed winner of the race, succeeding another young prodigy, Tadej Pogačar.

“I gave the maximum since the start. It was 20 kilometres of effort, but having recognised the route, I knew beforehand the points on which I could recover. My technique with the time trial bike is quite good and I risked a lot to curve, the course was very technical. As my teammate Yves Lampaert told me, it was also windier than last year. I’m happy, it’s a dream to beat the world champion. I enjoyed racing in the Algarve, the weather is pleasant, the roads are excellent and we still had two important days of effort in the mountain,” said Evenepoel.

When will the parcours be known? I would like to go see the stages on 20th and 21st of February...

Sadly I will not be able to make it to the Algarve this year but hope the race continues and will be watching on tv . Good luck and stay safe.

So so hope we'll be able to be there again next year! just made it this year before everything went very wrong! x