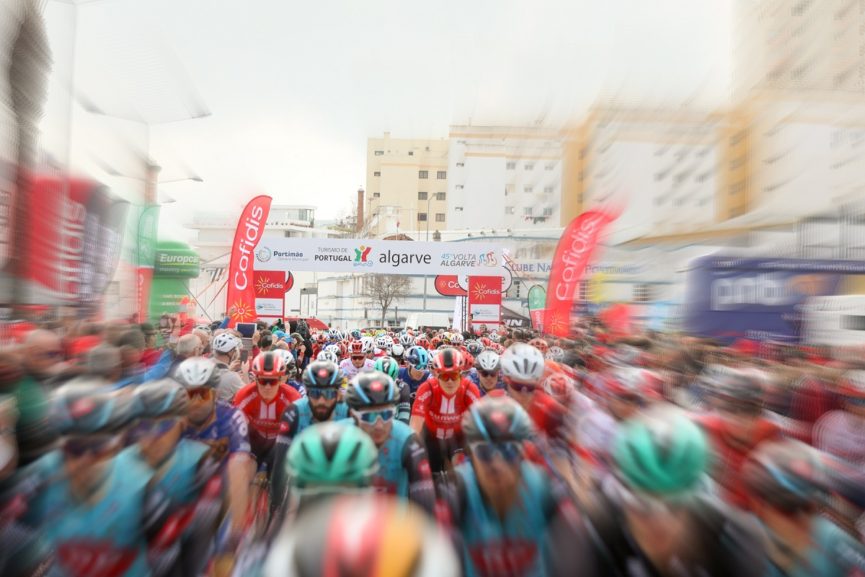 The peloton of the 46th Volta ao Algarve continues to growth, with twelve teams already confirmed for the race, which take place between 19 and 23 February 2020.
After seven WorldTour formations have been announced last month, three more first division teams are now confirmed: the German Team Sunweb and the US Trek-Segafredo return for another participation, while Israel Cycling Academy will make their debut in the southern Portugal race.
Also known are the first two ProTeams with a guaranteed invitation to the Portuguese UCI ProSeries event, both repeating presence on the Volta ao Algarve peloton: the Spanish Caja Rural-Seguros RGA and the Belgian Circus-Wanty Gobert.
Previously confirmed are Astana Pro Team, Bora-hansgrohe, CCC Team, Deceuninck-Quick Step, Groupama-FDJ, Lotto Soudal and UAE Team Emirates.
The 46th Volta ao Algarve will have five stages and a total of 771.4 kilometers. It starts with a 195.6-kilometer link between Portimão and Lagos which is expected to arrive with a mass sprint finish. The second stage connects Sagres to the top of Fóia, in Monchique, along 183.9 kilometers, and the first clash between the candidates for the final yellow jersey are awaited there.
The sprinters will have a new opportunity in the third stage, the longest of the competition, 201.9 kilometers, between Faro and Tavira. On the fourth day the platoon departs from Albufeira to reach the top of Malhão, in Loulé, after having covered 169.7 kilometers. The race ends with an individual time trial of 20.3 kilometers, starting and ending in Lagoa.
Route
19 February – 1st Stage: Portimão – Lagos, 195,6 km
20 February – 2nd Stage: Sagres – Fóia (Monchique), 183,9 km
21 February – 3rd Stage: Faro – Tavira, 201,9 km
22 February – 4th Stage: Albufeira – Malhão (Loulé), 169,7 km
23 February – 5th Stage: Lagoa – Lagoa, 20,3 km (ITT)