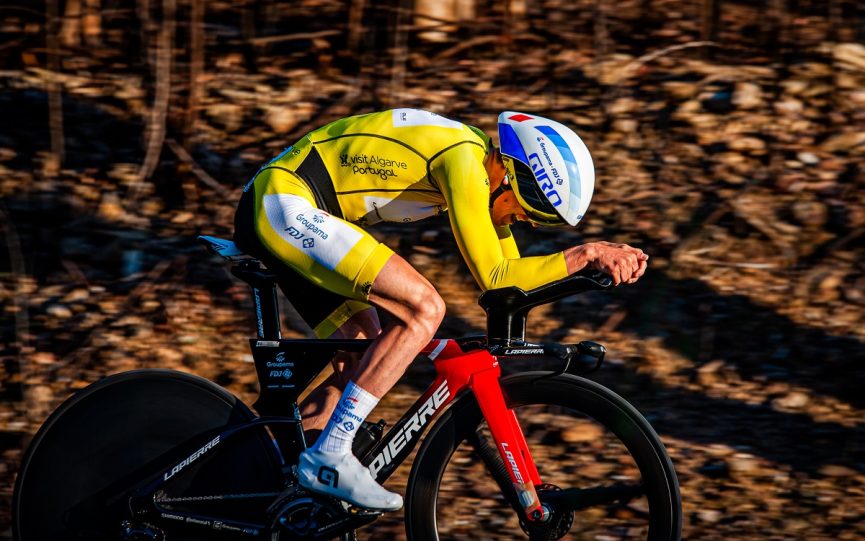 The peloton for the 49th Volta ao Algarve, which will be held between February 15 and 19, is starting to take shape and there is already one certainty: this will once again be a race with an excellent line-up of participants, a golden opportunity to see some of the best riders and the best teams of the world on the Portuguese roads.

Today we divulge two more WorldTeam with guaranteed presence in the 2023 edition of the competition: the French Groupama-FDJ and the Dutch Team DSM.

Groupama-FDJ is one of the teams with more participations in the Volta ao Algarve. In 2023 it will be the eighth consecutive presence out of a total of 14 visits to the Algarve. This longevity has been accompanied by important results. The French have six stage victories in the Portuguese race. The most recent was a victory by David Gaudu, in 2022, on top of Fóia, a triumph that earned him the yellow jersey, only lost in the time trial.

Team DSM will return to the Algarve Tour after two years of absence. It was present in three editions, still under the Team Sunweb designation, always with podium finishes. In 2022 Sam Oomen won the youth classification. The following year, Søren Kragh Andersen was second overall, only beaten by the emerging Tadej Pogačar. And in 2020 the Netherlands-based team won the Tavira stage, through Cees Bol.

Groupama-FDJ and Team Sunweb join two other previously announced teams, Alpecin-Deceuninck and Team Arkéa-Samsic, the two teams that met the sporting criteria for promotion to the WorldTour in 2023 in the 2020-2022 triennium.

The organisation of the Volta ao Algarve expects to close the peloton with 10 to 12 top category teams, to which will be added the Portuguese continental teams and some ProTeam formations.