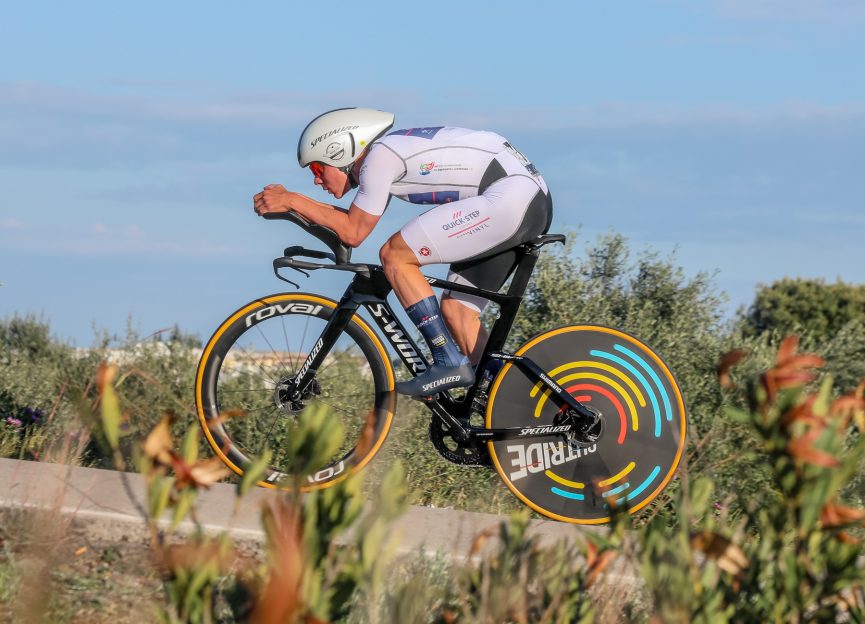 Remco Evenepoel at its best in the 48th edition of the Volta ao Algarve. The Belgian was impeccable in the 32.2 kilometer long time trial, between Vila Real de Santo António and Tavira, beating all the competition, including the two-time European champion in the specialty, Stefan Küng. The Quick-Step Alpha Vinyl cyclist had already won here, but in Lagoa and is now wearing the Turismo do Algarve Yellow Jersey. He is closer to win the race for the second time. But he still has to face the climb to Malhão, in the final day, this Sunday.

37:49 minutes, a fantastic time for an outstanding 22-year-old who also holds an elite European title. “I think today was my best time trial ever,” he said, not hiding how “super, super happy” he was with the win. “We did a good reconnaissance of the time trial. The wind was strong, it was a little dangerous going downhill and I didn’t take any risk on the descent. I’m happy that I survived without any problems. “, he explained.

He also said that he knew that the fourth stage would be the most important for his ambitions. “It was the day when I should take a nice lead in the GC. Every day I tried to safe myself as much as possible for today and I think I had a perfect preparation”, he said. 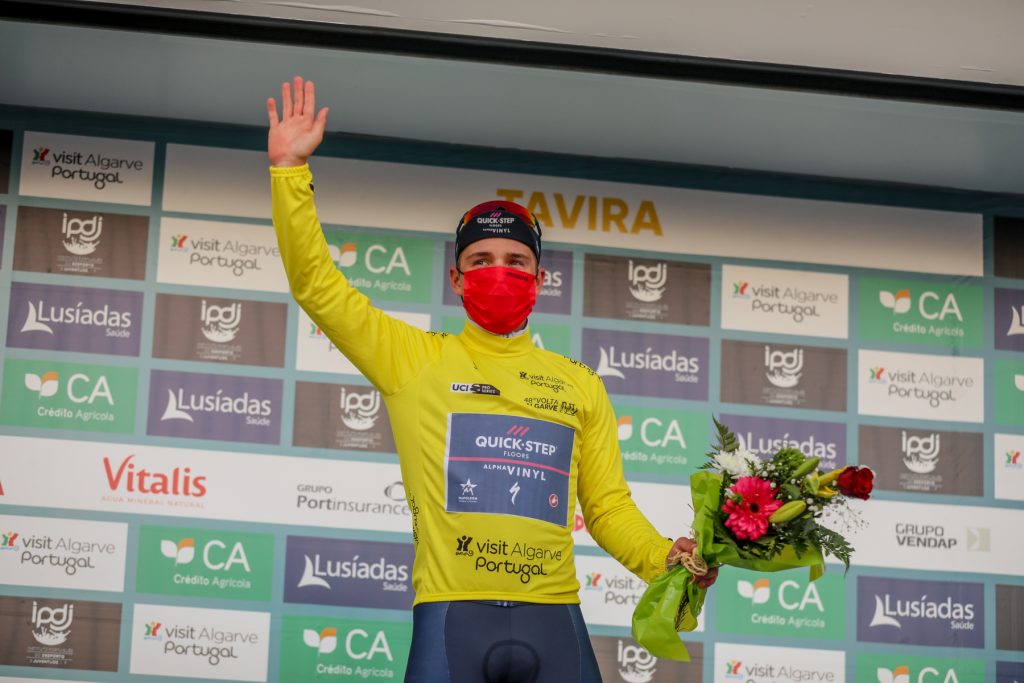 Stefan Küng is one of the best time trialists in the world – something that Evenepoel highlighted – and he had a route that suit him well. However, he finish 58 seconds behind the Belgian. The day was an unlucky one for Groupama-FDJ. Not only the team didn’t win the time trial with the Swiss – it would be the second time he would win in Volta ao Algarve -, David Gaudu lost the overall lead. Something more than expected, of course, but the Frenchman is too far away (at 2:08 minutes) to be able to aspire to recover the yellow jersey he got when he triumphed at Alto da Fóia, in the second stage.

In fact, Evenepoel was so overwhelming, that he left his rivals more than a minute away in the general. A repeat of the 2020 triumph seems inevitable. It seems, but it’s not guaranteed. The Malhão is not the climb that most pleases the young Belgian. When he won the GC of the Volta ao Algarve, in the Malhão stage – then the penultimate – Evenepoel suffered to not lose contact with his main opponents. He recently admitted that he continues to struggle when the slope is harder.

However, he’s very confident for the last day of the race: “We will probably only have to control the race. We can expect a very difficult race at the beginning. It will be chaotic, a great fight to put us under pressure. I have 100% confidence in teammates, especially Louis [Vervaeke], the last [colleague] who stays with me. Let’s also try to win the stage.”

Rivals with a lot to recover

In the fight for the GC, Ethan Hayter is again the best of the INEOS Grenadiers team. Last year he was second and now he is in that position, at 1:06 minutes. The British team is the one that could try to trap the stage and challenge Evenepoel’s yellow jersey. Daniel Martínez is 1:30 away (fourth) and Dylan van Baarle 2:37. Three cards to play.

Brandon McNulty (UAE Team Emirates) will be on the lookout. He’s 1:25 behind, with Tobias Foss (Jumbo-Visma) at 1:51. The Norwegian was fourth in the time trial, an important result because it showed that, despite the crash near the finish line at Fóia, he didn’t have any injuries that would take him out of the fight for the GC.

The Malhão stage will also decide the remaining jerseys. Fabio Jakobsen (Quick-Step Alpha Vinyl) is close to securing the Green Crédito Agrícola and Evenepoel, in addition to being in yellow, he is also the best youngster (IPDJ White Jersey). The Belgian team has three of the four jersey in play.

The Blue Lusíadas is with João Matias (Tavfer-Mortágua-Ovos Matinados). The Portuguese rider is not a climber, but he is determined to fight and give everything to reach the final podium as king of the mountain.

This Sunday, the emotions of the last stage begin at 1 pm, in Lagoa and there will be a double pass at Malhão to meet the winner of the Volta ao Algarve.

The official granfondo of the Volta ao Algarve is returning after a two-year forced hiatus due to the pandemic. The Algarve Granfondo will be held on 19 February in Lagoa and entries open next Thursday.
Info: https://voltaaoalgarve.com/en/the-algarve-granfondo-is-back/
#VAlgarve2023

Well, @RuiCostaCyclist is confirmed for the 2023 Volta ao Algarve. @Cristiano is not official yet.
#VAlgarve2023

Both teams started participating in the Volta ao Algarve in 2014. In 2022 they experienced one of its best seasons ever. And in 2023 they will be in the Volta ao Algarve. Welcome, BORA-hansgrohe and Intermarché-Circus-Wanty!
➕Info: https://voltaaoalgarve.com/en/bora-and-intermarche-join-the-volta-ao-algarve-peloton/
#VAlgarve2023