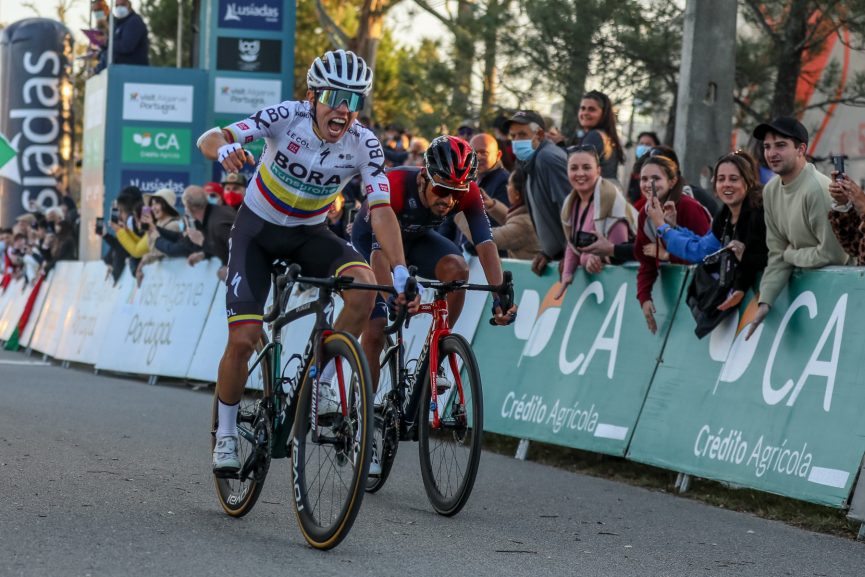 They are two WorldTour teams, both started participating in the Volta ao Algarve in 2014, when they were still competing as ProTeams, and in 2022 they experienced one of the best seasons ever for each of the structures. And they are guaranteed in the peloton of the 49th Volta ao Algarve, from February 15 to 19, 2023. We are referring to BORA-hansgrohe and Intermarché-Circus-Wanty, fourth and fifth respectively in the 2022 world team ranking.

The German team, protagonist in the 2022 Volta ao Algarve, thanks to Sergio Higuita’s victory on the top of Malhão, and in the 2020 edition, when Maximilian Schachmann was second in the general classification, only beaten by Remco Evenepoel, will experience in 2023 the tenth consecutive participation in the Portuguese race.

Intermarché-Circus-Wanty’s ninth participation in the Volta ao Algarve will be a major focus for Portuguese fans. Rui Costa, 2013 world champion and one of the Belgian team’s best signings for 2023, is one of the names chosen for February’s race by sporting director Hilaire van der Schueren, the 2022 Volta ao Algarve Prestige Award winner.

The official granfondo of the Volta ao Algarve is returning after a two-year forced hiatus due to the pandemic. The Algarve Granfondo will be held on 19 February in Lagoa and entries open next Thursday.
Info: https://voltaaoalgarve.com/en/the-algarve-granfondo-is-back/
#VAlgarve2023

Well, @RuiCostaCyclist is confirmed for the 2023 Volta ao Algarve. @Cristiano is not official yet.
#VAlgarve2023

Both teams started participating in the Volta ao Algarve in 2014. In 2022 they experienced one of its best seasons ever. And in 2023 they will be in the Volta ao Algarve. Welcome, BORA-hansgrohe and Intermarché-Circus-Wanty!
➕Info: https://voltaaoalgarve.com/en/bora-and-intermarche-join-the-volta-ao-algarve-peloton/
#VAlgarve2023