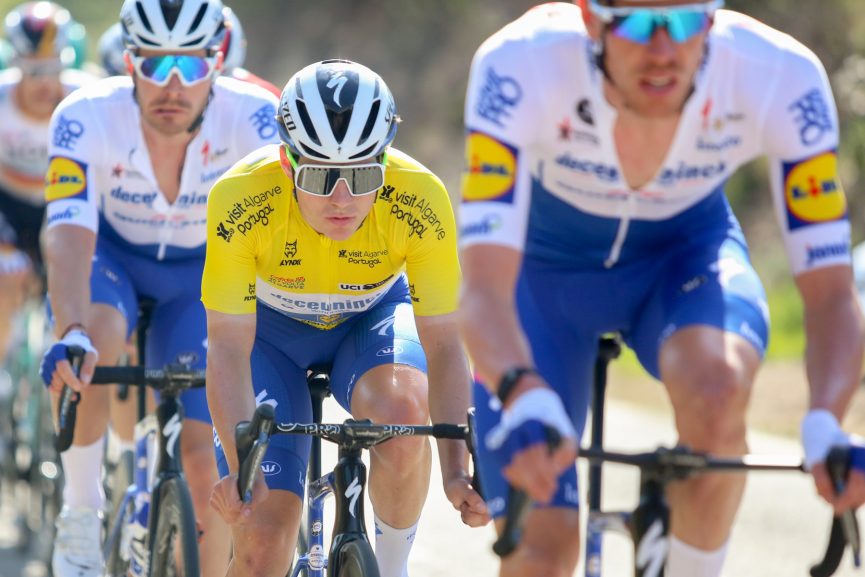 The 47th Volta ao Algarve will take place from 5 to 9 May, over 765.8 kilometers, spread over five stages. The race starts in Lagos and ends at the top of Malhão, in the municipality of Loulé. Two stages have a mountain finish, others are suitable for sprinters and an individual time trial completes the menu.

The inaugural stage will be for sprinters, starting in Lagos and ending in Portimão, after covering 189.5 kilometers. The final part of the trip, along the coast, promises to offer fantastic images of the Algarve beaches. 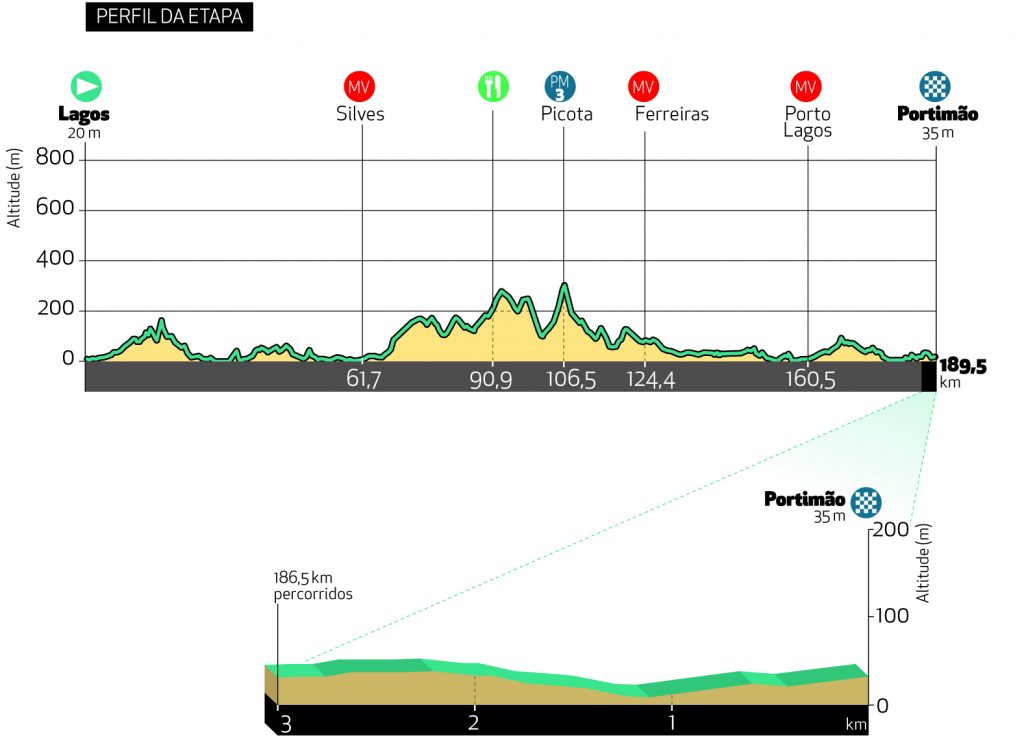 Portimão, which has welcomed the start of the Volta ao Algarve in recent years, has not received an end of stage since 2012, the year when Bradley Wiggins imposed himself in a time trial, months before winning the Tour de France.

The second stage starts in Sagres, Vila do Bispo, and ends at the highest point of the Algarve, Fóia, in Monchique, after 182.8 kilometers. The riders will face an accumulated ascent of 4100 meters. Three mountains in the last 30 kilometers promise to warm up the fight for the GC. The finish line coincides with a first category mountain. The climb from Monchique to Fóia (7.5 km with 7.3 percent average slope). 6.2 kilometers from the beginning of the Fóia climb, the riders will pass through Pomba, a second category climb with 3.6 kilometers and an average slope of 8.2 percent. The third category, in Alferce (5.7 km at 6.2 percent), 26.4 kilometers from the finish, marks the start of the hard phase of the journey. 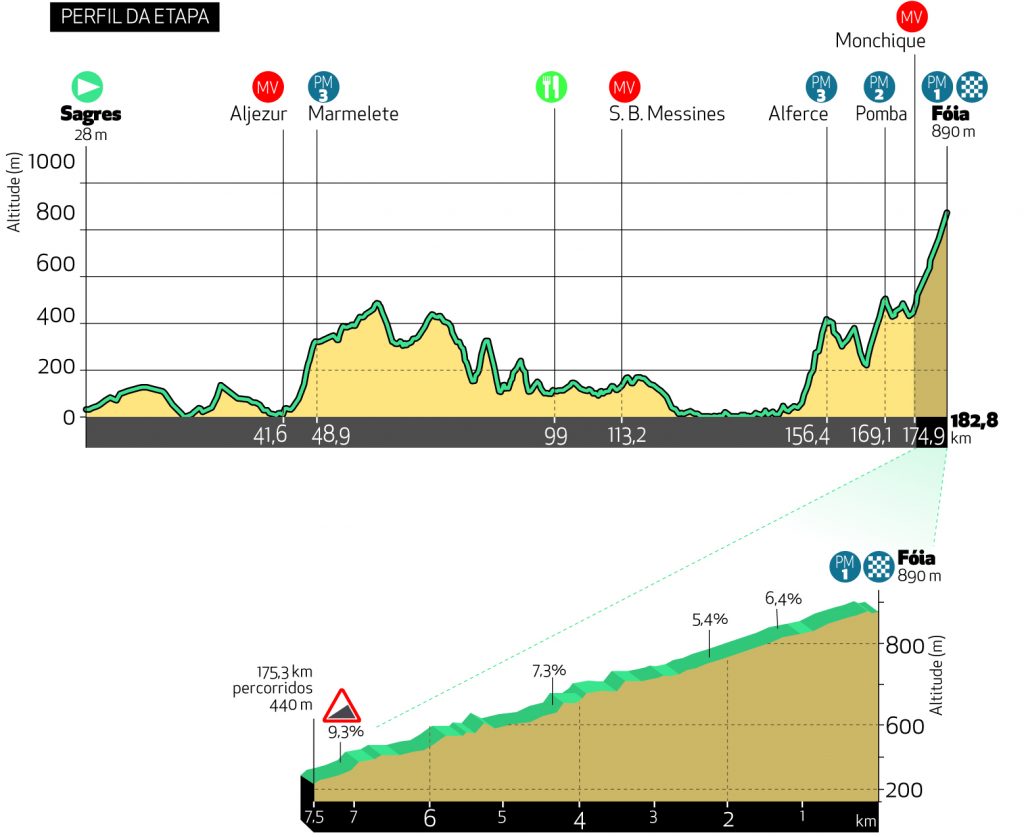 The Fóia will be the first opportunity for candidates for the yellow jersey to show themselves, in a climb in which, in the last three years, the stage winner also became the winner of the Volta ao Algarve: Michal Kwiatkowski, in 2018, Tadej Pogačar, in 2019, and Remco Evenepoel, in 2020.

On the third day, the sprinters will once again be called to play a leading role, on a journey that begins in Faro, travels through the interior of the Sotavento and the Algarve border before ending in the heart of Tavira. It will be the longest trip in the competition, with 203.1 kilometers. 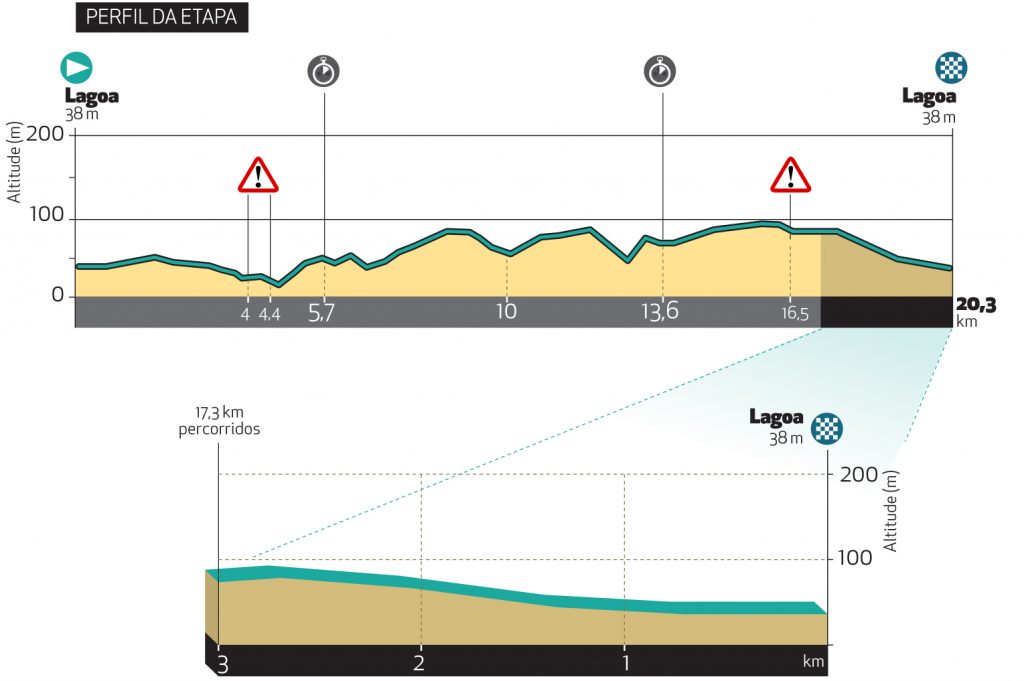 The fourth stage will be very important in scaling up the overall classification. It is the individual time trial of Lagoa, which will have the same route, of 20.3 kilometers, already covered in the three most recent editions of the race.

The fifth and final stage is a 170.1 km connection between Albufeira and the top of Malhão, in the municipality of Loulé, where the goal coincides with a second category mountain prize. 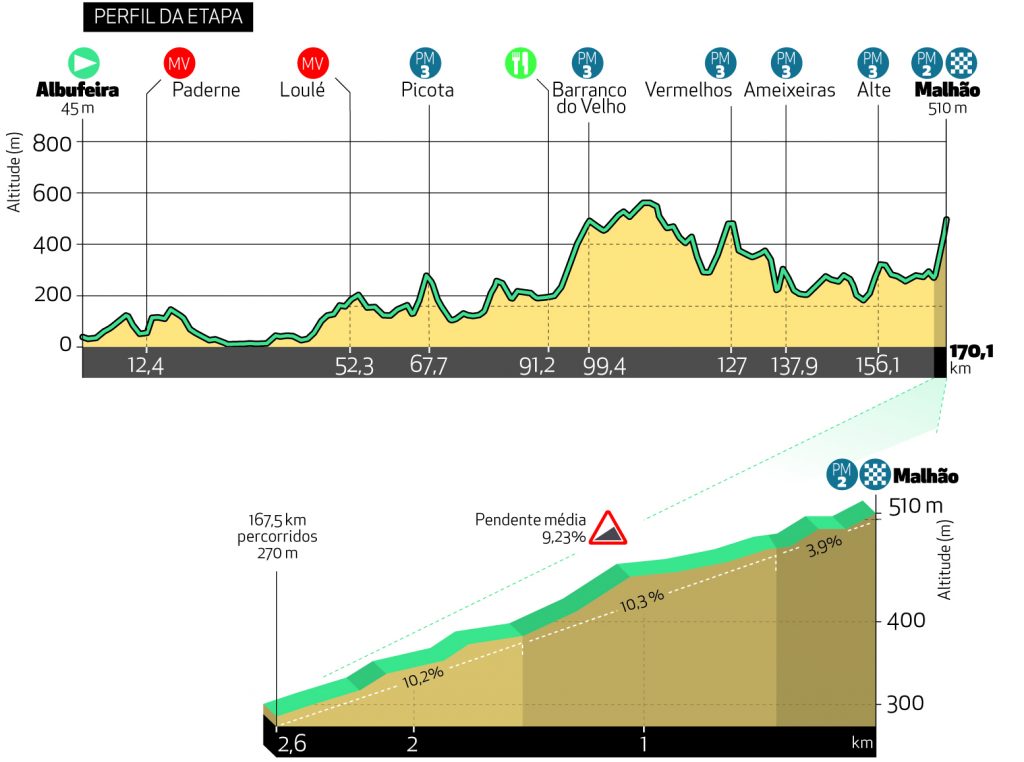 Now it's official. The @UCI_cycling has just released the 2022 international road calendar. Our race will take place from 16 to 20 February 2022. See you soon in Algarve. #VAlgarve2022