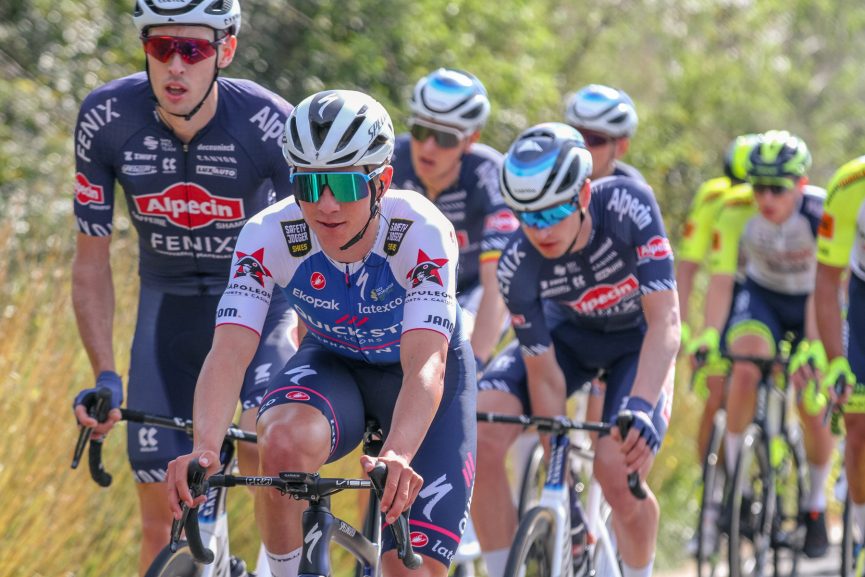 First day to start defining the GC. The climb to Alto da Fóia may not decide the winner of the 48th edition of the Volta ao Algarve, but it has a tradition of showing who is in a position to compete for the yellow jersey. This year we have the last two winners in Serra de Monchique: Ethan Hayter (Ineos Grenadiers) and Remco Evenepoel (Quick-Step Alpha Vynil). The Belgian ended up winning the GC in 2020 and has already warned that he returned to this race to fight for another victory.

The route has undergone a change, which means that before Fóia (first category), which is already a difficult climb, the peloton will go through Picota (second category), a long ascent, which can allow pure climbers to bet heavily in an attempt to gain time. In the minds of these cyclists will be that on Saturday there is a time trial of 32,2 kilometers, more extensive than in recent previous editions and that could harm some of the riders who fight for the GC and not so strong in the individual effort.

The 182.4 kilometers of this second stage begin in Albufeira (the symbolic departure is at the Albufeira Marina, at 12:50 pm), with Pomba being the first difficulty of the day. A third category climb at 109.7 kilometers, followed by Picota (167.3), before the final show at Fóia (arrival between 17:20 and 17:50). At stake will also be the Lusíadas Mountain Jersey, which is with the portuguese rider, João Matias (Tavfer-Mortágua-Ovos Matinados).

The intermediate sprints are placed in Salir (44.4 kilometers) and Rasmalho (148.8 kilometers), with Fabio Jakobsen (Quick-Step Alpha Vynil) starting the stage as the leader of the points classification, although the Green Jersey Crédito Agrícola is on “loan” to Bryan Coquard (Cofidis), as the dutchman is also the leader in the GC after the sprint victory, in Lagos. Evenepoel is the best young rider, wearing the White Jersey IPDJ.

Who will keep the Yellow Jersey Turismo do Algarve? Faced with a route of the Volta ao Algarve with such a long time trial, the Fóia stage gains even more relevance among climbers, so there will be those who want to be on the attack.