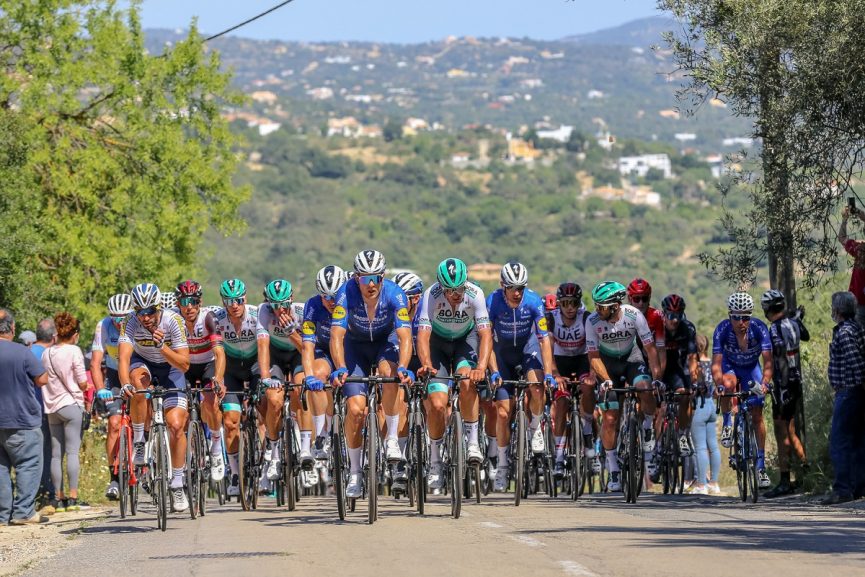 On the second day, tradition continues with Alto da Fóia promising to make the first selection among those who aspire to the yellow jersey at the Tour of Algarve. It will be a stage with constat up and down, which to means 4100 meters of accumulated at the end of the 182.8 kilometers. It is time for the candidates to introduce themselves.

With Sagres as the starting stage (12:45 pm, symbolic start), after the intermediate sprint in Aljezur, the first difficulty arises even before 50 kilometers, with the ascension of Marmelete. Always on undulating terrain, it will be the last 30 kilometers that will test the peloton. The finish coincides with a first category climb, from Monchique to Fóia (7.5 km with 7.3% average slope). 6.2 kilometers from the beginning of the Fóia climb, the cyclists will pass through Pomba, a second category climb with 3.6 kilometers and an average slope of 8.2%. The third category, in Alferce (5.7 km to 6.2%), 26.4 kilometers from the finish, marks the start of the hardest phase of the day.

If the 47th edition started with one of the best sprinters in the world winning at Portimão – Sam Bennett (Deceuninck-QuickStep) -, at Fóia, big names have won there as well and it has been an influential climb in the final classification. Michal Kwiatkowski (2018), Tadej Pogacar (2019) and Remco Evenepoel (2020) are examples of this. They won the stage and eventually guarantee de yellow jersey at the end.

For this thursday, Iván Ramiro Sosa (Ineos Grenadiers) is a strong possibility to continue the tradition of Ineos Grenadiers in fighting for the general at the Tour of Algarve. He’s another young colombian (23 years old) rising in the hierarchy of the team and he presents himself in the portuguese race with freedom, being able to aspire to join Tour of Algarve to the Tour de la Provence, which he won in February.

A potential rival is yet another young cyclist also gaining status, but at Bora-Hansgrohe. 24 years old, already with stage victories in the Tour de France and Critérium du Dauphiné, being also a specialist in the time trial: 2017 under-23 world champion. This year he already won a stage in Catalunya and he’s focus on preparing the Tour.

You cannot leave out a world champion! Rui Costa is in Algarve as the leader of UAE Team Emirates. He already knows what it’s like to be in the final podium: 2014, precisely with the rainbow jersey on. In 2021 he’s wearins the national champion jersey and in he has been looking for a victory, having shown good form at the recent Tour de Romandie.

Who meddles in this fight? The wind forecasts can contribute to the increase of difficulty of the second stage, in a Tour of Algarve that has all the decisions wide open for those who aspire the yellow jersey Turismo do Algarve that Bennett wears after the victory in Portimão.