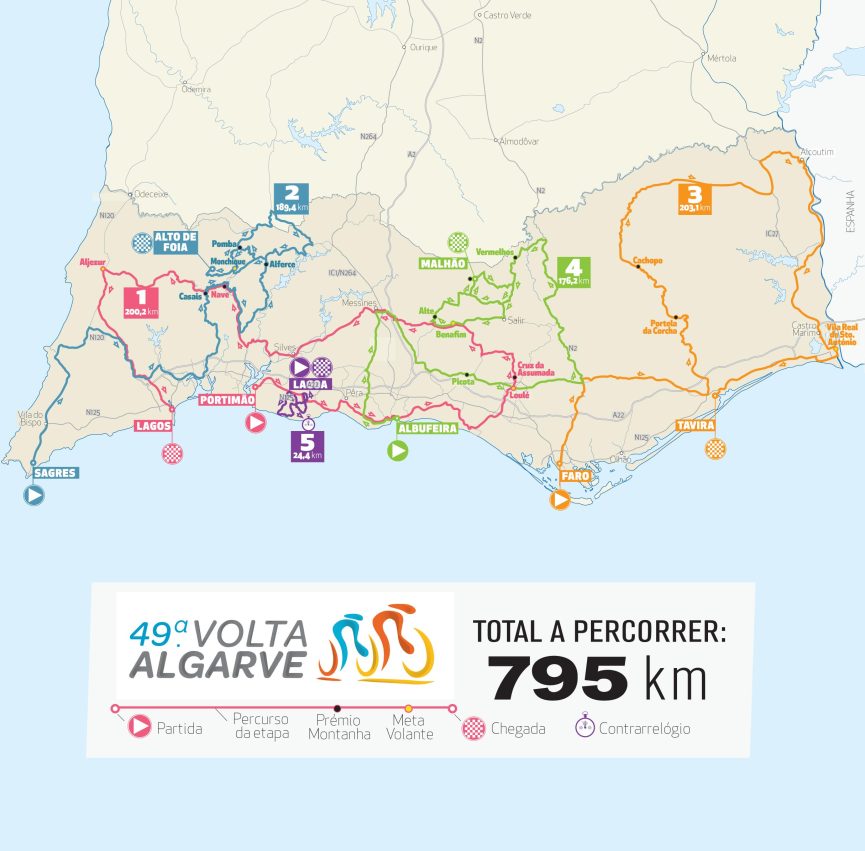 The 49th edition of the Volta ao Algarve, to be held between February 15 and 19, 2023, will start in Portimão and end in Lagoa, after covering 795 kilometres spread over five stages, including an individual time trial.

As has become customary and is a key ingredient in attracting the best teams and the best international cyclists, the route includes stages for all tastes. Besides the individual time trial, there will be two stages with uphill finish and two stages predictably for sprinters.

The temperate climate in the Algarve in February, the variety of the course and its demands, with a total climbing accumulation of the five stages of 14,600 metres, make the Volta ao Algarve the first clash of titans of the international peloton each season.

In 2023, Portimão will once again host the grand start of the Volta ao Algarve. The first stage leaves from the city of Portimão and takes the peloton along a 200.2 kilometre course to finish in Lagos, which will consecrate the first yellow jersey of the race. 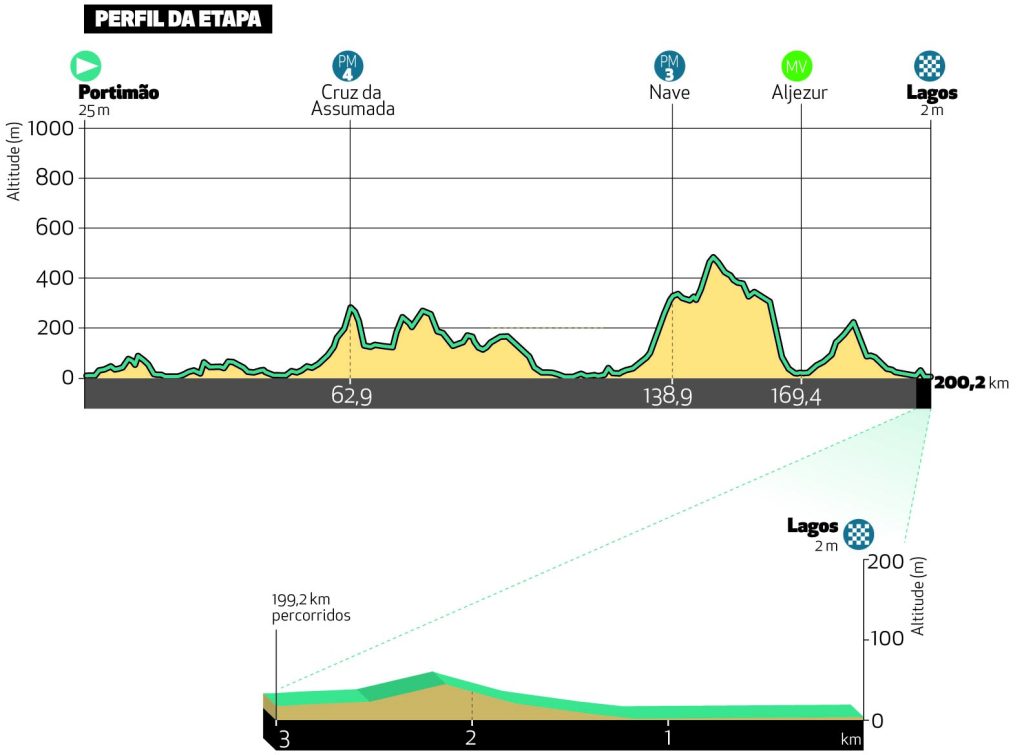 The second stage will be the first test of the candidates’ condition for the final triumph. The peloton of 25 teams sets off from Sagres, in the municipality of Vila do Bispo, for a journey of 189.4 kilometres, which will end at the highest point in the Algarve, Fóia, in the municipality of Monchique. The finish line coincides with a first category mountain (7.5 km of climbing with an average gradient of 6 per cent). Six kilometres from the foothills of Fóia is the second category climb in Pomba (3.6 km with an average gradient of 8.2 per cent). 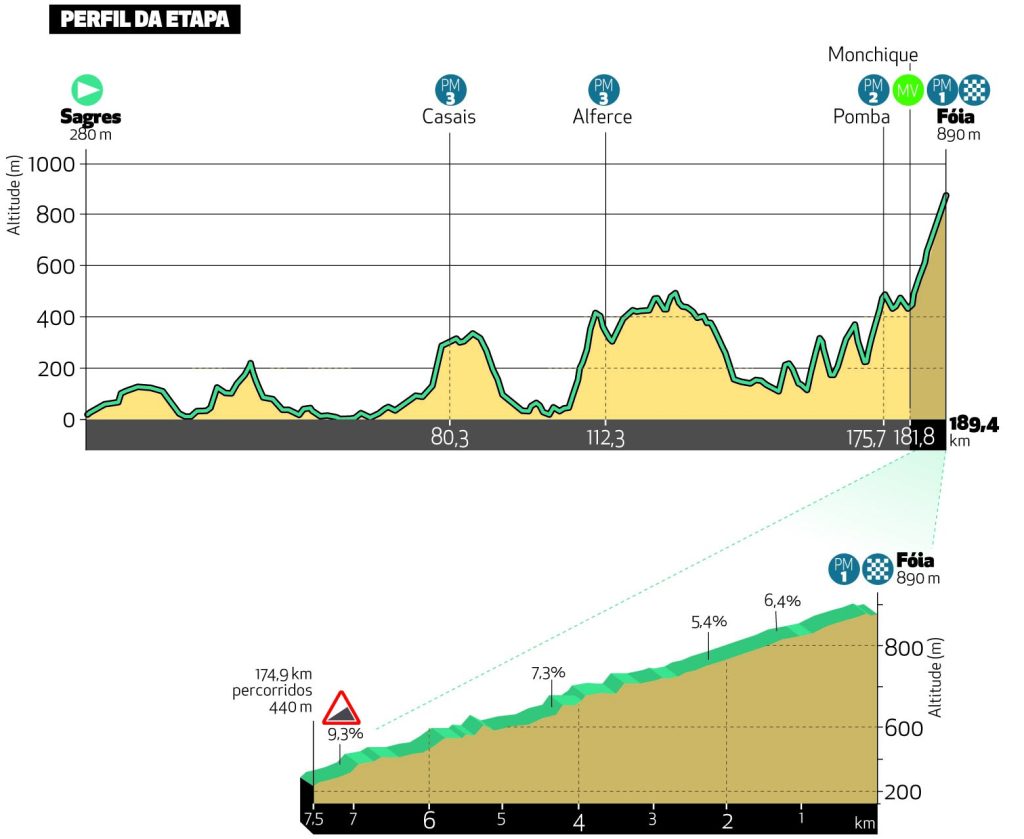 On day three, the sprinters are again expected to take the lead in the longest stage of the competition, 203.1 kilometres, starting in Faro and finishing in Tavira. 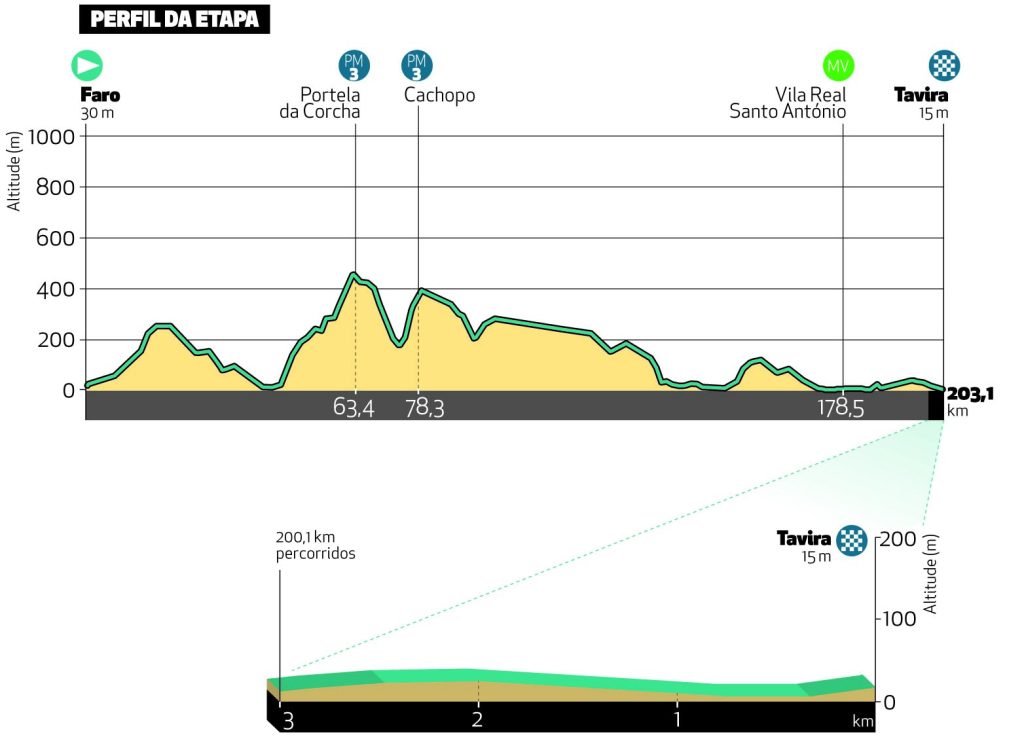 The fourth stage, on Saturday, February 18, will certainly shake up the general classification. The riders will set off from Albufeira to complete 177.9 kilometres to the top of Malhão, in the municipality of Loulé. The finish line coincides with a second category mountain count (2.6 km at 9.2 percent). It will be the third climb in the last 40 kilometres. At 37.6 kilometres from the finish, it will be necessary to go over the climb of Alte (2.2 km at 7.7 percent). At 24 kilometres from the finish there will be the first pass through Malhão. As the time trial is saved for the last day, it is expected that the climbers and their teams will attack this stage to try to distance themselves from the time trialists. 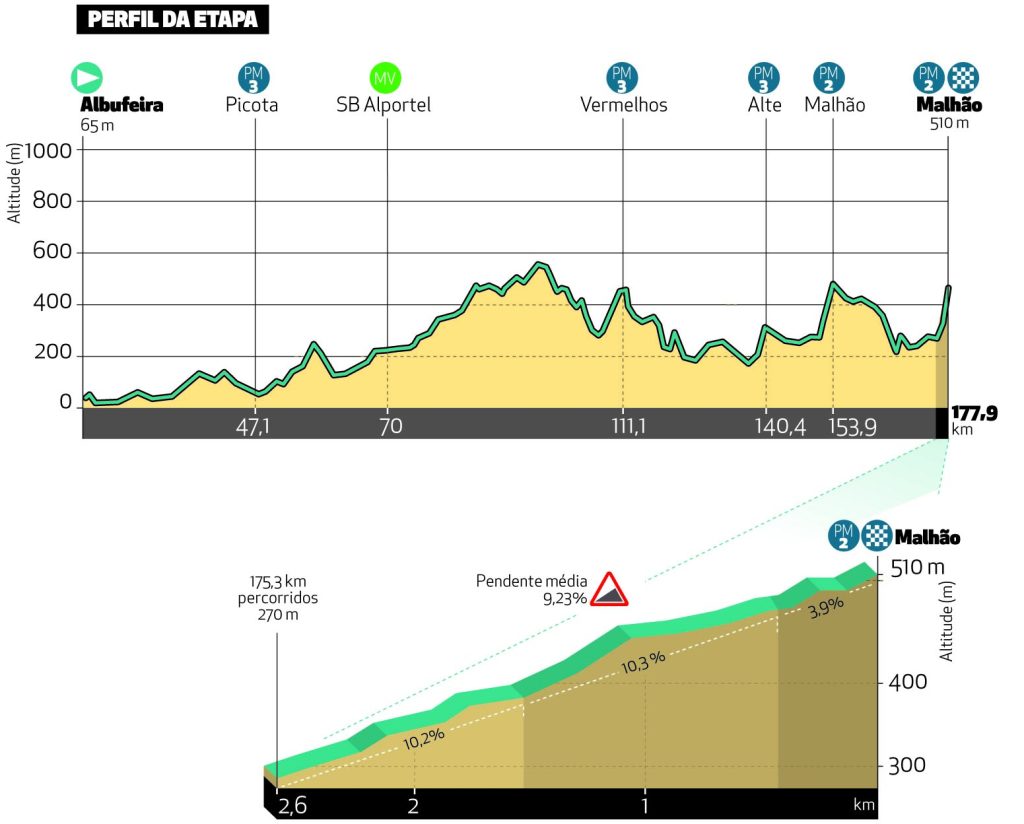 The winner will be crowned in Lagoa, on February 19th. The final accounts are settled in a time trial of 24.4 kilometres, which uses part of the traditional time trial of Lagoa, but adds kilometres and physical and technical difficulty, making the “test of truth” even more demanding and potentially decisive. 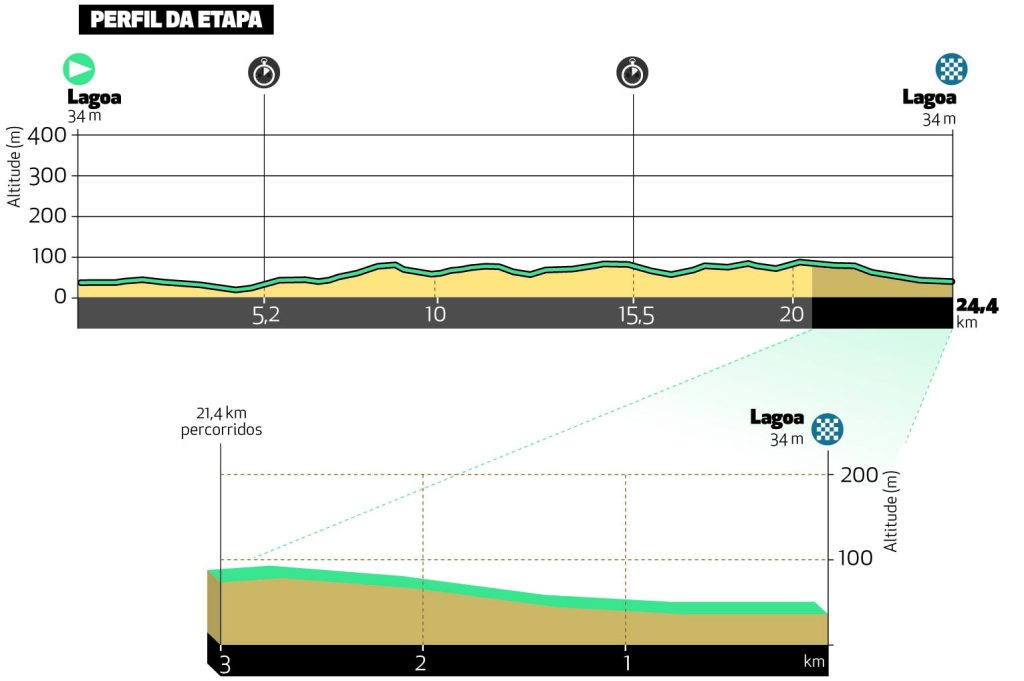 Promoting the balance between the time trialists and the other competitors, the time bonuses are back in the 2023 edition.