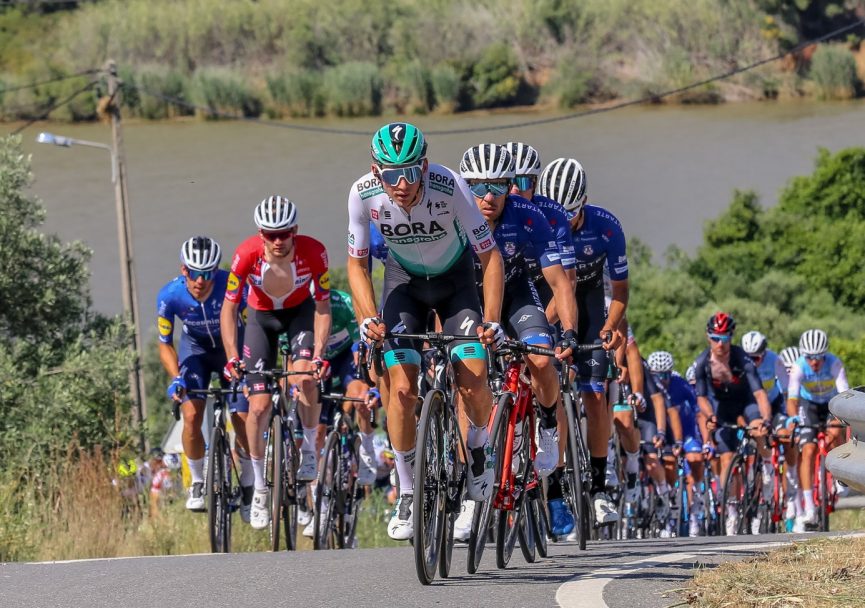 The team line-up for the 48th Volta ao Algarve, a ProSeries race to be held from February 16th to 20th continues to take shape. After the announcement of the first four teams of the 2021 world ranking, the number of international first division teams with confirmed presence in the Portuguese race now rises to ten.

From Kazakhstan comes Astana Qazaqstan Team for the tenth participation in a race they already won in 2009 and 2010, with Alberto Contador. The team has always been a protagonist at Volta ao Algarve, as proven by the triumph on the top of Malhão and the third place finish by Miguel Ángel López, in its previous participation, in 2020.

The German Bora-hansgrohe, who took second place overall in 2020 through Maximilian Schachmann, will compete for the ninth consecutive year in the Volta ao Algarve. France’s Cofidis, which has Portuguese rider André Carvalho in its ranks, is returning for its 12th participation in the race.

Also from France comes Groupama-FDJ, which will make its seventh consecutive participation in a total of thirteen presences in the Algarve, where it has already won five stages. The Belgian Intermarché-Wanty-Gobert Matériaux, in its second year as WorldTeam, keeps the Volta ao Algarve on its calendar, making its sixth consecutive appearance in a total of eight participations in the competition.

Another regular team in the race in the south of Portugal is the American Trek-Segafredo, which will make its sixth appearance in the Volta ao Algarve in 2022, where it has presented its best riders and has already won the time trial in 2016 with Fabian Cancellara.

Five ProTeams are also confirmed. Among which are the two highest ranked teams in the world ranking and who, therefore, will be invited to all WorldTour races from 2022, the Belgian Alpecin-Fenix and the French Team Arkéa-Samsic. They will be joined by the Spanish Caja Rural-Seguros RGA and Euskaltel-Euskadi, as well as the American Human Powered Health.