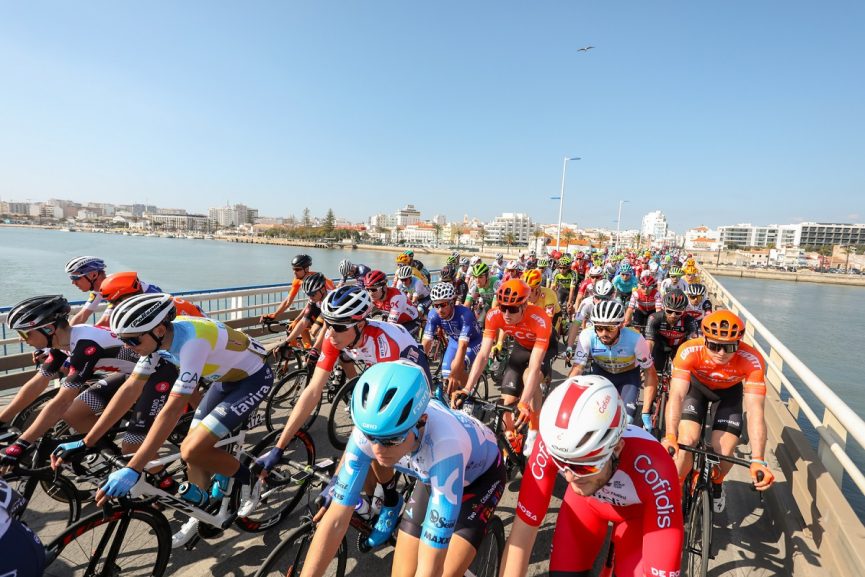 The 48th edition of the Volta ao Algarve, on the road from the 16th to the 20th of February, will have a completely renovated course, but with the same concept: stages for all rider profiles. Only the finishes at Fóia and Malhão have been kept as compared to the 2021 edition, but with different approaches to the final climbs.

The city of Portimão will once again host the competition’s grand start, on the 16th of February. The riverside area will host the presentation of the teams and the start, which will take the riders over 199.1 kilometres to Lagos, where an exciting sprint finish is expected, similar to what happened between 2017 and 2020, when Fernando Gaviria (2017), Dylan Groenewegen (2018) and Fabio Jakobsen (2019 and 2020) won.

The second stage is expected to be one of the first clashes between the contenders for the overall classification. It starts in Albufeira and finishes, after 182.4 kilometres, in Fóia, the highest point in the Algarve, in the municipality of Monchique. The finish line coincides with a first category climb. The final climb will have a different approach than the one in the past years. Instead of Pomba, the riders will have to climb Picota (a 2nd category climb, 9.3 km with an average grade of 5.5 percent). The top of Picota is 7.4 kilometres from the bottom of Fóia (7.1 kilometres long and with an average grade of 6.8 percent). In recent years, Luis León Sánchez (2016), Daniel Martin (2017), Michal Kwiatkowski (2018), Tadej Pogačar (2019), Remco Evenepoel (2020) and Ethan Hayter (2021) have imposed themselves on this top finish.

The third stage is the longest of the competition. It starts in the region of Alentejo, in Almodôvar, and stretches 209.1 kilometres to Faro. The capital of the Algarve had not hosted a finish of the Volta ao Algarve since 2008, the year in which the German Robert Förster imposed himself in the sprint. In 2022 the journey is designed to once again reward the fast men of the peloton.

The biggest difference in the 48th Volta ao Algarve is the fourth stage, as it is the longest time trial in recent years and marks the return to the Vila Real de Santo António race route, which has not hosted a stage start since 2009.

The time trial of 2022 will be 32.2 kilometres long, linking Vila Real de Santo António to Tavira. Due to its length, it allows pure time trial riders to manage the race – including the mountain stages – in such a way as to place themselves among the favourites for the overall victory. The last times Tavira hosted a time trial the stage winners were Stijn Devolder (2008), Alberto Contador (2009) and Tony Martin (2013).

The decisions are saved for the fifth and final stage, 173 kilometres between Lagoa and the top of Malhão, Loulé. A leg breaker course will see the return of the double climb at Malhão, the first 24 kilometres from the finish and the second coinciding with the end of the stage. This place has been on the route of the Volta ao Algarve, uninterruptedly, since 2009. The last five winners at Malhão have been Amaro Antunes (2017), Michal Kwiatkowski (2018), Zdenek Štybar (2019), Miguel Ángel López (2020) and Élie Gesbert (2021). 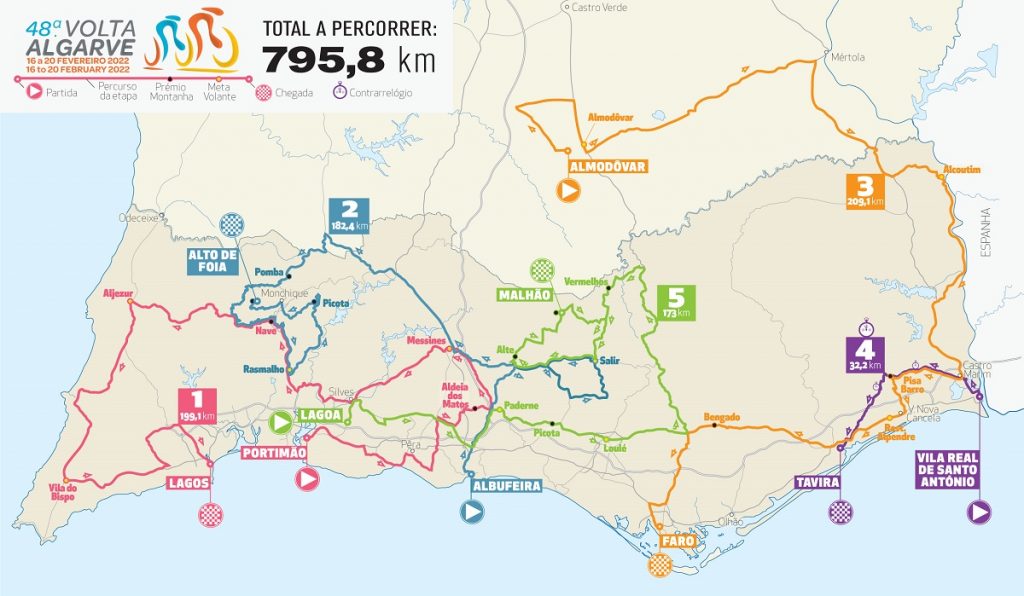 Teams
The Volta ao Algarve will be contested by 25 teams. Ten WorldTeams and five ProTeams, in addition to the ten continental Portuguese teams registered with the UCI for 2022