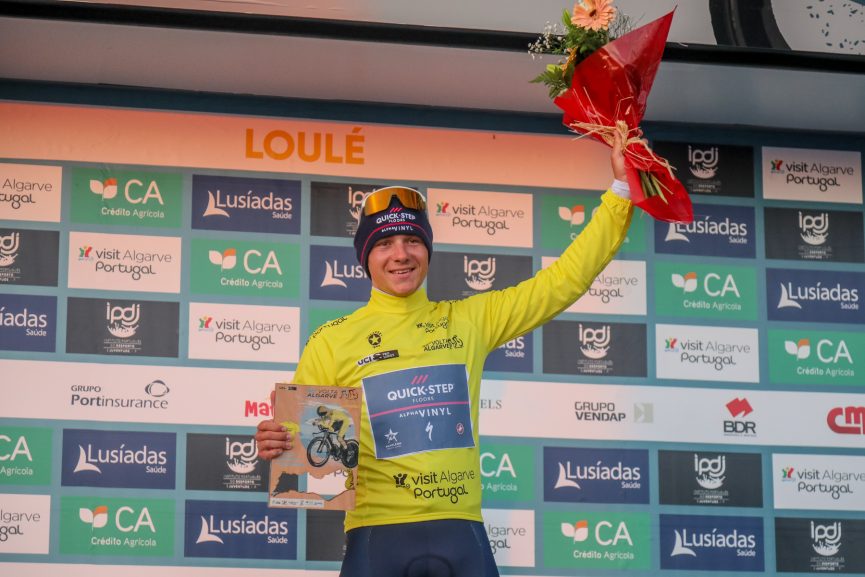 The peloton of the 49th Volta ao Algarve, on the road between February 15 and 19, will have 25 teams. Today we announce the last three confirmations, the WorldTeams Soudal Quick-Step and Trek-Segafredo and ProTeam Human Powered Health.

Belgian Soudal Quick-Step is one of the leading teams in the Volta ao Algarve, being the foreign collective with the most participations in the race. In 2023 they will compete in the south of Portugal for the 17th consecutive year.

Trek-Segafredo, from the United States of America, will have its seventh participation in the Volta ao Algarve. It is one of the blocks with the most assiduity in recent years, having participated in every edition of the race since 2016, with the exception of 2021, a year in which, due to the pandemic, the race was held in May. In the very first edition, Trek-Segafredo won the time trial through Fabian Cancellara, months before “Spartacus” won Olympic gold in the individual discipline.

The peloton for the 49th Volta ao Algarve will include 12 WorldTeams, four ProTeams and nine continental Portuguese teams.