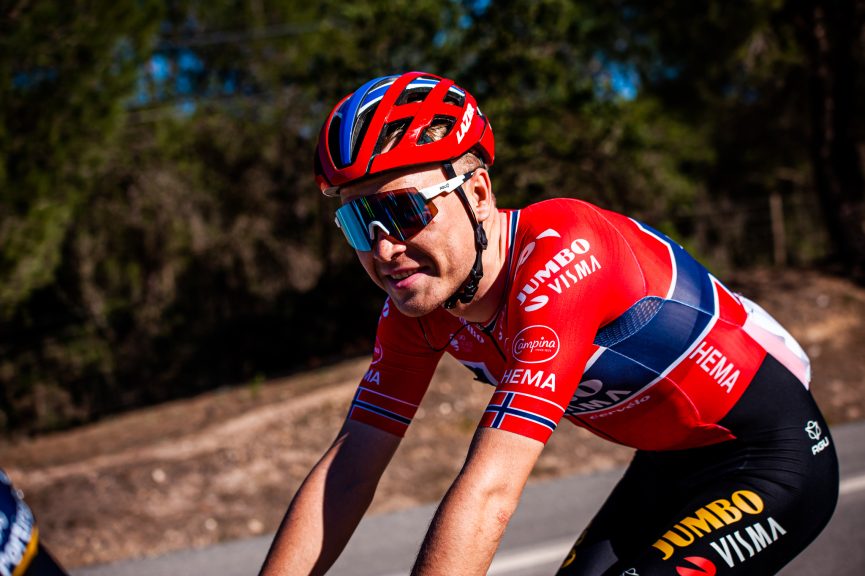 The top three teams in the 2022 world ranking will be present at the 49th Volta ao Algarve between February 15 and 19. Dutch ranking winner Jumbo-Visma arrives for its 14th participation. UAE Team Emirates, second in the table, will make the ninth participation (counting presences of the predecessor Lampre), and INEOS Grenadiers, third in the world hierarchy, will race in the Algarve for the 12th time.

The three structures already know how to win in the Volta ao Algarve. All have won the general classification and stages. The most prolific is the British INEOS Grenadiers. It has won 11 stages and won the Volta ao Algarve in 2012 (Richie Porte), 2015 and 2016 (Geraint Thomas) and 2018 (Michal Kwiatkowski).

In the 2022 edition, won by Remco Evenepoel, Brandon McNulty (UAE Team Emirates) was second, one place ahead of Daniel Martínez (INEOS Grenadiers). Tobias Foss (Jumbo-Visma), who would become world time trial champion, was sixth at the Volta ao Algarve.

With the addition of Jumbo-Visma, UAE Team Emirates and INEOS Grenadiers, the 49th Volta ao Algarve now features the top five teams in the 2022 world ranking, as the fourth and fifth placed teams, BORA-hansgrohe and Intermarché-Circus-Wanty, respectively, had already been confirmed.

Also confirmed are the WorldTeams EF Education-EasyPost, Groupama-FDJ and Team DSM, the teams with a predictable rise to the WorldTour Alpecin-Deceuninck and Team Arkéa-Samsic, and the ProTeams Caja Rural-Seguros RGA, Tudor Pro Cycling Team and Uno-X Pro Cycling Team.

Three more confirmations from foreign teams are also expected, in addition to the continental Portuguese teams.