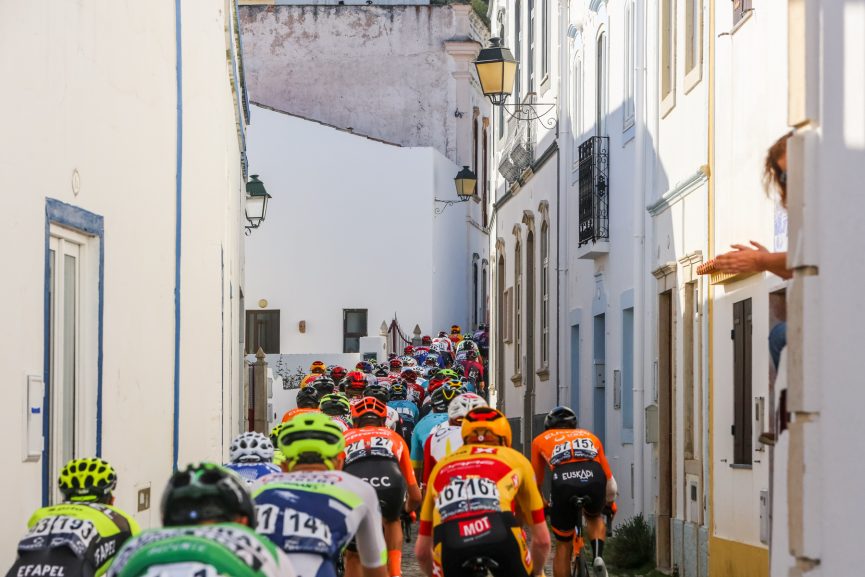 Today we announce four more teams with confirmed participation in the 49th Volta ao Algarve, between February 15 and 19. Two formations are returning to the race, one is confirmed as a regular participant and another is making its debut in the Algarve.

One of the returns is from EF Education-EasyPost, a US-based formation that had not competed in the Volta ao Algarve since 2017, when it was still called Cannondale-Drapac. In 2015 the team climbed onto the podium, through David Formolo, who won the youth classification.

In addition to strengthening the sporting component of the Volta ao Algarve, as it is a collective of the WorldTour, the EF Education-EasyPost symbolises the race’s commitment to the strategic objectives of Turismo de Portugal and Turismo do Algarve, as it comes from one of the markets in greatest expansion in recent years. Data from INE (National Statiscal Office) indicates that between January and September 2022, overnight stays in the Algarve by citizens from the US grew by 32 per cent compared to the same period in 2019.

The other return to the peloton of the Volta ao Algarve is that of the Norwegian ProTeam Uno-X Pro Cycling Team. It will be the Nordic’s second presence in the Portuguese race, after their participation in 2020. A team renowned for its combativeness, in 2023 it will make a step forward in quality, having in the squad, among others, the number eight in the world ranking, Alexander Kristoff.

The Spanish team Caja Rural-Seguros RGA is the second foreign team with the most consecutive participations in the Volta ao Algarve. In 2023 it will be present again, in what will be the 13th time that the collective will line up at the start of the Portuguese race.

The debut comes from Switzerland and is also a first time in the international peloton. It is the ProTeam Tudor Pro Cycling Team, a project of Fabian Cacellara (also a stage winner in the Volta ao Algarve) and that has in the Portuguese Ricardo Scheidecker one of the reference directors.

There are already ten teams of the Volta ao Algarve 2023 known. In addition to the four revealed today, the WorldTeams Alpecin-Deceuninck, BORA-hansgrohe, Groupama-FDJ, Intermarché-Circus-Wanty, Team Arkéa Samsic and Team DSM are also confirmed.

More teams will be revealed in the coming weeks, with the nine continental Portuguese teams and sixteen foreign teams expected to participate.