Belonging to the district of Beja, in the lower Alentejo, Almodôvar is a quiet village with museums, monuments, hotels and restaurants ready to receive who visits the municipality with its headquarters in the village of Almodôvar.

The lands of Almodôvar have been marked by the presence of various cultures. Their occupation began in prehistoric times, and the most relevant findings belong to the megalithic period, with the recording of various dolmens, the Chalcolithic, the Bronze Age and the Iron Age. From this period there are still funerary stelae epigraphed with Writing of the Southwest, the oldest writing of the Iberian Peninsula, a subject that can be further explored in the Writing of the Southwest Museum, located in this town.

The Roman occupation happened very early in Almodôvar and left its marks, as is the case of the Ribeira de Oeiras, the only dam of Roman construction, on rammed earth, preserved to this day. In this municipality you can also find other traces of the various occupations over the centuries, such as the Necropolis of Monte Novo do Castelinho, the Brancanes mine, and the famous Mesas do Castelinho Village, an archaeological site near the village of Santa Clara-a-Nova, belonging to the municipality of Almodôvar. 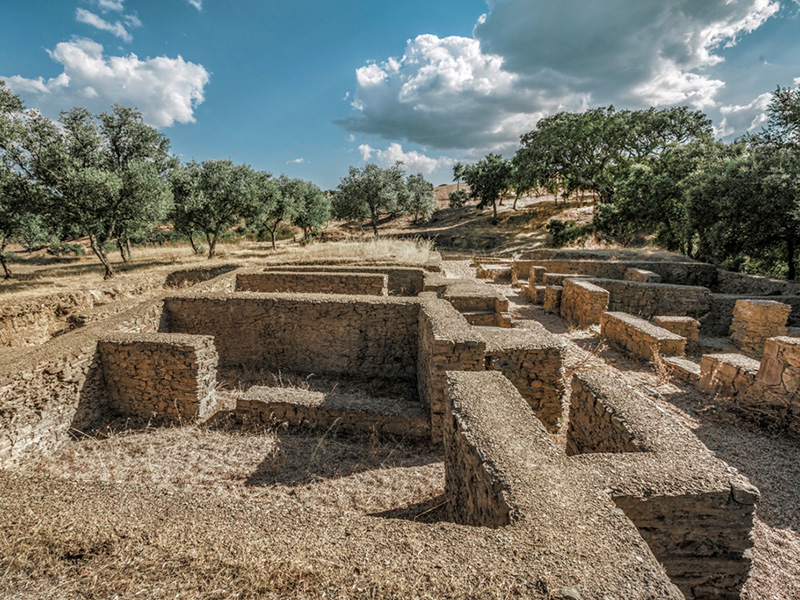 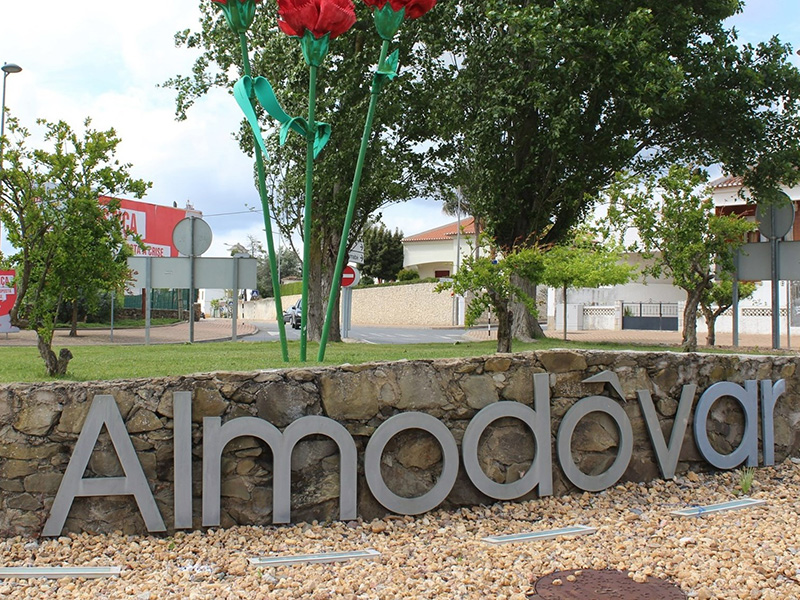 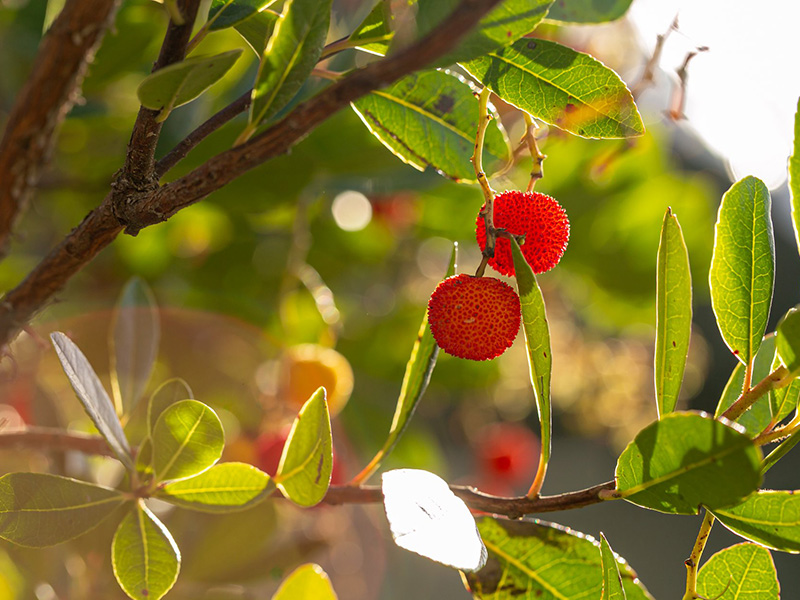 Situated between the Caldeirão mountain range and the Alentejo flatlands, Almodôvar also has the Parish Church of Santo Ildefonso, with a main hall rich in fine details, which is well worth a visit. The tour of the town can be completed with the Monastery of Nossa Senhora da Conceição, with its gilded carved altars, founded in 1680.

This Alentejo town is known for being very rich in traditional arts. Although those that are most present nowadays are the woollen and patchwork quilts, ammunition articles, tin-work and basketry, the footwear industry also had a great impact on the region. Around 50 years ago there were more than 60 shoemakers in the region and, for this reason, an important point to visit is the Shoemaker Sculpture, made by Aureliano Aguiar, in a unique tribute to this craft.

Also pay a visit to the Municipal Market, housed in an art deco structure, where you can get to know some of the typical flavours of the region. This municipality, which borders the Algarve region, is known for the production and trading of cheese, honey, bread, arbutus-berry spirit, cured meats and aromatic herbs.