The city of Portimão is located on the estuary of the Arade river and has a very long fishing tradition that developed especially between the 19th and 20th centuries, later giving rise to the region’s canning industry and tourism. Walking through its historical center, you can see several buildings from this era. Among them is the structure that houses the local museum, Museu de Portimão, which is the result of the recovery of an old canning factory, where homage is paid to the people and the city that for several centuries lived exclusively dedicated to the sea.

It is in the riverside area, next to the docks, that we can find most of the restaurants where we can taste one of the dishes that stands out the most in the local gastronomy, the grilled sardines. There is even a festival in August dedicated only to this traditional delicacy of the region. As Portimão is a city with a fishing tradition and it is planted by the sea and by the river, there are many more fish and seafood specialties to try, such as feijoadas de búzios or chocos (whelk and cuttlefish bean stew), roasted octopus, arroz de lingueirão (razzor clam rice) or arroz de marisco (seafood rice), cataplanas (a local dish cooked in traditional pot, usually containing seafood) and caldeiradas (fish or seafood stew). Besides these there are many more delicacies to taste, like the traditional sweets of the region based on almond and fig. 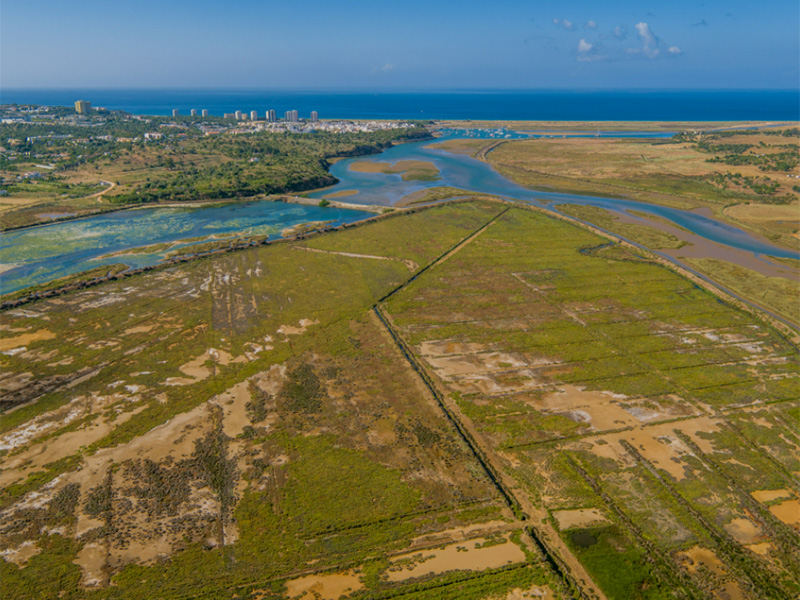 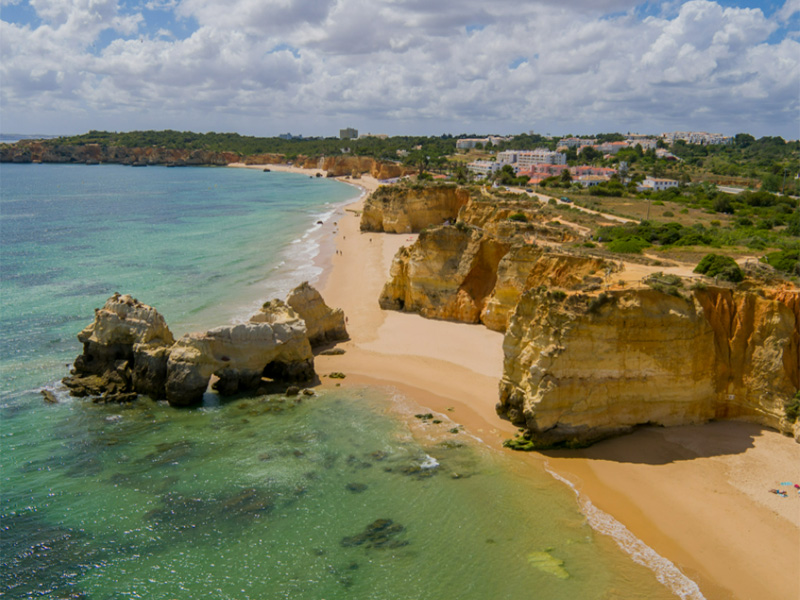 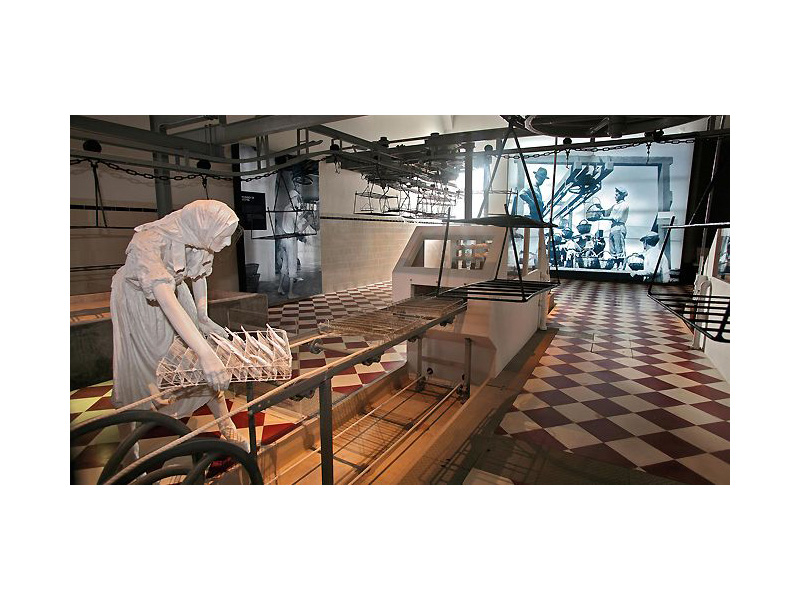 Portimão is known for its excellent beaches with long stretches of sand and calm waters, making it the perfect holiday destination. Praia da Rocha is located about three kilometers from the center of the city, and is one of the best known beaches in the Algarve region.

This very popular part of the city also has a casino and offers a number of leisure activities. Among them is the Portimão Marina, one of the liveliest spots in town both by day and by night.

The Praia da Rocha Fortress, which once ensured the defense of the port and population from the pirates’ attacks, is today an excellent viewpoint from where you can see the place where the river and the sea meet, and which acquires a special charm in the late afternoon with the light of the sunset. From here you can see more of Portimão’s beaches, which extend to the end of the long sandy beach of Alvor and its river.