Tavira is spread along the two banks of the river Gilão, in a maze of narrow streets and white houses. The Coreto Garden is the liveliest area in town and this is where the Market of Ribeira is located, which after abandoning its original functions is now a place of entertainment and leisure.

The oldest bridge in the city, believed to be of Roman origin, is a 17th century structure from which you can enjoy a beautiful view of the traditional houses of this area. However, the best view of the city, which allows you to contemplate the houses, the church domes, the river and the salt pans, all the way to the sea, is achieved by climbing the Castel’s Tower.

The city of Tavira is also known for its many churches, 37 in total. Among the best known are Misericórdia, which can be found just beyond the city wall gate, Santa Maria, which occupies the site of the former larger mosque, the church of Santiago, also built on a former mosque, the smaller Ermida de São Brás, the church of Ordem Terceira do Carmo and the church of São Paulo. Besides the churches, you can also visit the Islamic Centre, where you can learn more about the history of the town, and the City Museum, housed in the Palácio da Galeria. 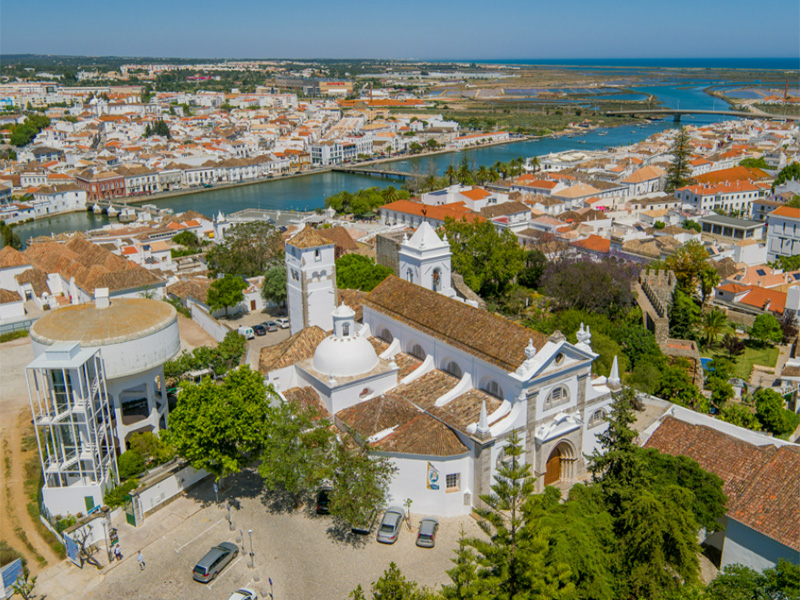 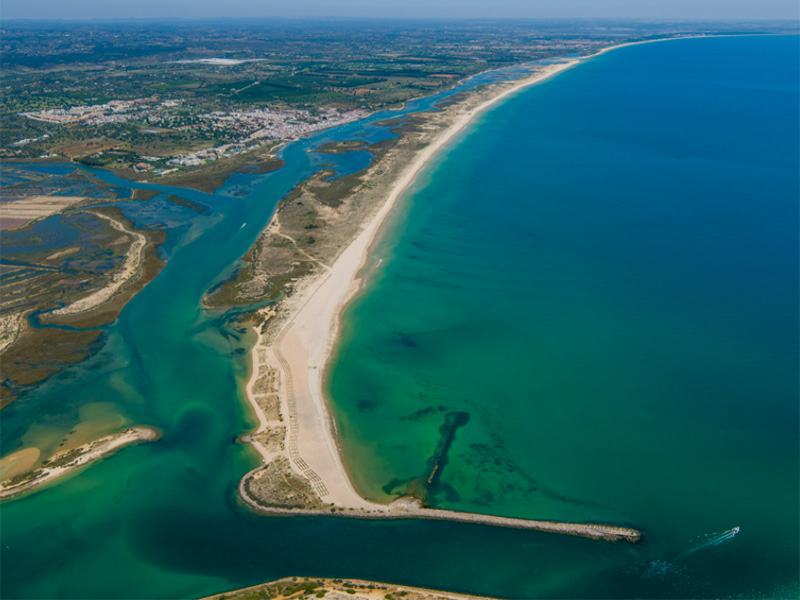 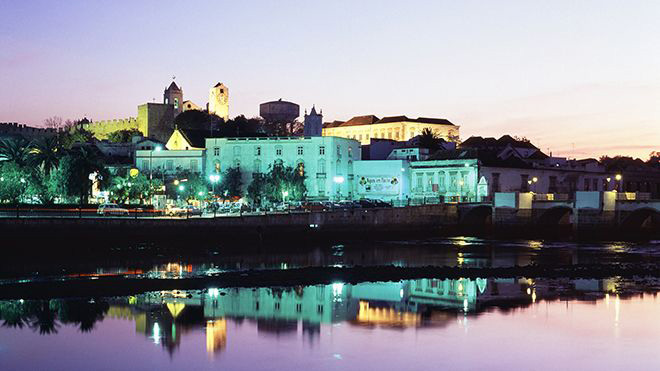 This municipality also has access to the Ria Formosa, which can be reached along the road alongside the River Gilão, flanked by white salt pans where various species of birds can be seen, such as the stunning flamingos. At the end of this road, in Quatro Águas, it is possible to take a boat across the ria to the beaches on the strip of sand which separates the ria from the sea. In total, there are 11 kilometres of sandy beaches, including Ilha de Tavira, Terra Estreita, Barril and Homem Nu.

One of Tavira’s strong points is also related to its gastronomy. Here you can taste some of the local specialities, especially fresh fish and shellfish, such as octopus cooked in various ways or razor clam rice. Tuna also features on the menus as its fishing used to be one of the most traditional activities in this part of the Algarve.