Vila Real de Santo António is a traditional Portuguese fishing village located on the banks of the river Guadiana. Curiously, it is one of the few municipalities in Portugal that is territorially discontinuous, as it is divided into an eastern and a western part.

In the eastern part of the town is the parish of Vila Nova de Cacela, where you can find the famous beaches of Cacela Velha and Manta Rota, which fill up with holidaymakers in the warmer months. In the western part is the town of Monte Gordo, known mainly for its extensive beach of the same name, especially attractive for its warm waters and fine sands. 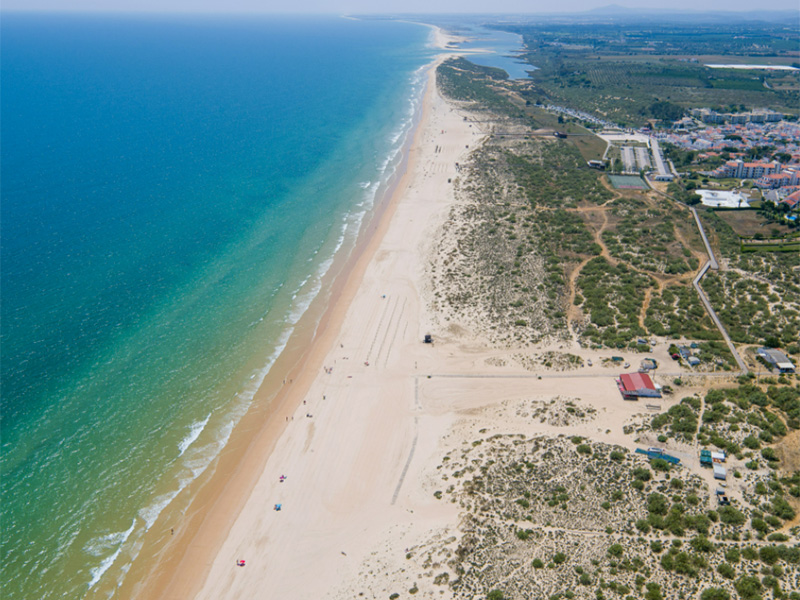 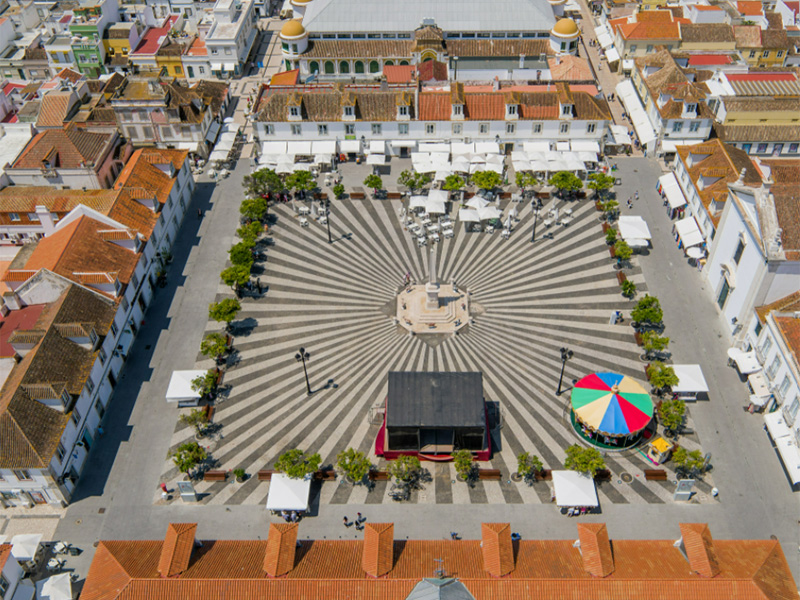 The town of Vila Real de Santo António has a quiet and peaceful atmosphere with a unique appearance, more reminiscent of Lisbon than the nearby municipalities. This is due to the fact that it was built by Marquês de Pombal, who used the same plans as he had used in downtown Lisbon. The whole project took only five months. The great marks left by the Marquês de Pombal can be seen in the square bearing his name, surrounded by orange trees and white buildings in Pombal style.

Along the banks of the river Guadiana there is also a marina, a fishing port, the old Customs building and beautiful riverside parks. For a better view of this corner of the Algarve, climb up to the Lighthouse of Vila Real de Santo António, a tall circular tower of forty metres that has been in operation since the beginning of the 20th century. At the top there are glorious views over the town, the river Guadiana and the Vila Real de Santo António Dunes National Forest.