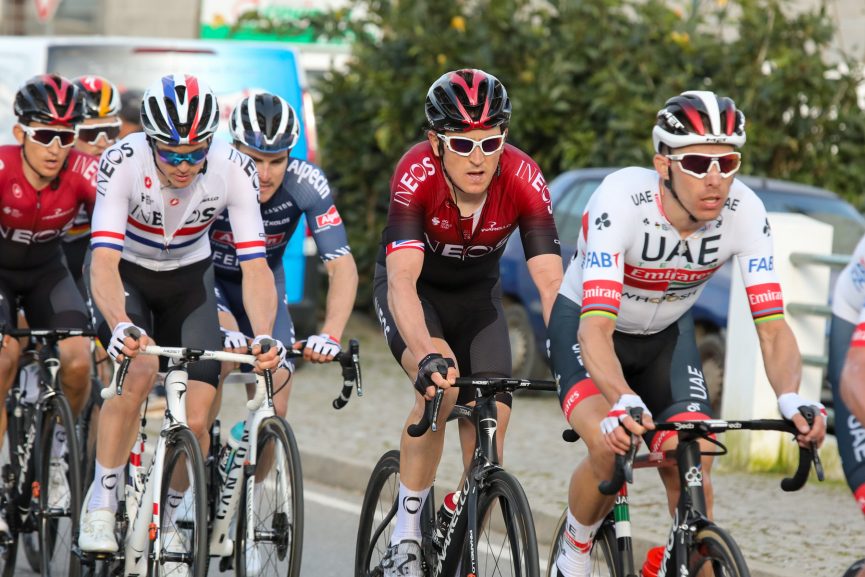 The top four teams in the 2021 world ranking are the first to be confirmed for the 48th Volta ao Algarve, which will be held between February, 16th and 20th, 2022.

Quick-Step Alpha Vinyl Team (formerly Deceuninck-Quick-Step) were the winners of the 2021 world ranking and will be at the Volta ao Algarve for the 16th consecutive time. The Belgians have previously won the Portuguese race through Stijn Devolder (2008), Tony Martin (2013), Michal Kwiatkowski (2014) and Remco Evenepoel (2020).

The British INEOS Grenadiers was second in the 2021 international classification and will be making their eighth consecutive appearance in 11 entries at the Volta ao Algarve, a race they have already won through the efforts of Richie Porte (2012), Geraint Thomas (2015 and 2016) and Michal Kwiatkowski (2018).

Dutch Jumbo-Visma, third in the world rankings, returns to the Algarve after their last appearance in 2019. It is also a team with great history in the Portuguese race, in which, in addition to several stage wins over the years, won the overall in 2017, with Primož Roglic.

UAE Team Emirates, fourth in the world hierarchy in 2021, closes the lot of the first teams confirmed for the next Volta ao Algarve. It is also a team with an interesting background in this race, which they won in 2019, in the first moment of affirmation of Tadej Pogacar among the elite.

The 48th Volta ao Algarve will have five stages, keeping the usual profile: two stages for sprinters, two stages with a mountain finish and an individual time trial. The route, which will have some new features compared to previous editions, will be revealed in the coming weeks.