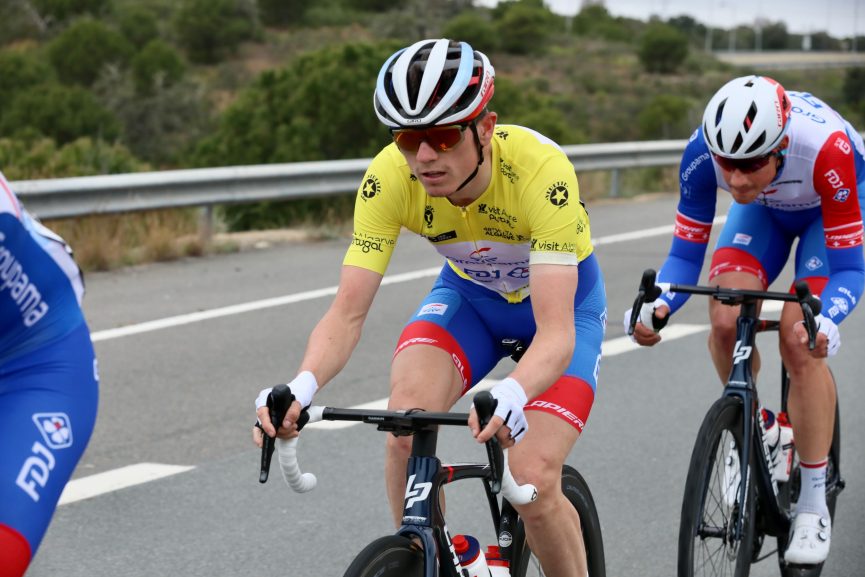 The fourth stage is one of the main novelties of the route of the 48th edition of the Volta ao Algarve. It is one of the longest time trials in recent years and marks the return to Vila Real de Santo António. The 32.2 kilometers differ greatly from the approximately 20 kilometers in Lagoa and the 18 kilometers in Sagres, the last two cities that welcomed of individual effort.

The extension benefits pure time trialists, and can create some problems for climbers who don’t defend themselves so well in this specialty. The holder of the Yellow Jersey Turismo do Algarve, David Gaudu (Groupama-FDJ), will not have an easy time holding the lead.

Among the riders who are just a second behind the Frenchman, Julien Bernard (Trek-Segafredo) and Sven Erik Bystrom (Intermaché-Wanty-Gobert Matériaux) will also suffer a little, unlike Brandon McNulty (UAE Team Emirates) and Remco Evenepoel (Quick-Step Alpha Vinyl). Daniel Martínez not being the biggest of the specialists, but the INEOS Grenadiers rider defends himself well being the current national champion of Colombia, title won for the third time last week.

McNulty is indeed one of the favorites to win, but he will have strong competition. Starting with the two-time European champion Stefan Küng. The Swiss from Groupama-FDJ has already won a time trial in the Algarve and the team wants to win another stage after Gaudu triumph at Alto da Fóia.

Kasper Asgreen (Quick-Step Alpha Vinyl) was the best in Lagoa in the 2021 edition and presents himself again as a candidate, although this time without GC ambitions. That is for Evenepoel, another former winner of a time trial in the race. The Frenchman Thibault Guernalec (Arkéa-Samsic) is another expert in the race, as well as Xabier Mikel Azparren (Euskaltel-Euskadi). And, of course, Geraint Thomas (INEOS Grenadiers), always strong in these stages.

The first cyclist to take to the road will be Francisco Pereira (ABTF-Feirense) at 14:08. The top ten starts at 16:30, with these riders leaving two minutes apart.

Tavira has the finish line, with Avenida Zeca Afonso more used in recent years to receive sprints. Vila Real de Santo António has not been a starting point since 2009.