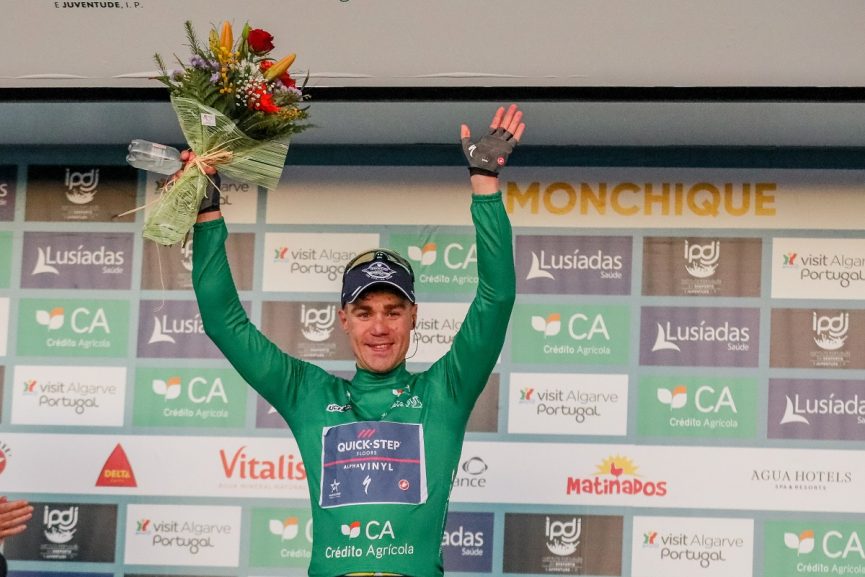 After the strong emotions in Fóia, there is no time to rest! This Friday is a day with flatter terrain, perfect for sprinters, but it won’t be a walk in the park. This is the longest stage of the 48th edition of the Volta ao Algarve – 209.1 kilometers – and an arrival that is not known by the current peloton.

Since 2008, Faro has not received a race finish. Then a german was the strongest: Robert Förster (Gerolsteiner). The last meters are on a slight climb, asking for powerful sprinters. Will it be the second victory, after Lagos, for Fabio Jakobsen (Quick-Step Alpha Vinyl) and an important step towards winning the Crédito Agrícola Green Jersey (point classification)?

It is the kind of stage that requires constant attention, especially if a fast pace is imposed by the teams most interested in ensuring a sprint finish, such as Quick-Step Alpha Vinyl, and the other two belgians Intermaché-Wanty-Gobert Matériaux (has Alexander Kristoff) and Alpecin-Fenix ​​(Tim Merlier), the french Cofidis (Bryan Coquard) and the german Bora-Hansgrohe (Jordi Meeus).

Almodôvar welcomes the peloton (symbolic departure at 12:05 pm). The visit to the Alentejo city also includes the first of three intermediate sprint, at 26.1 kilometres. Next comes Alcoutim (100.3 kilometers) and Restaurante Alpendre (157.5 kilometers).

For the Lusíadas Blue Jersey, that belongs to David Gaudu (Groupama-FDJ) but with João Matias (Tavfer-Mortágua-Ovos Matinados) – that will wear it on “loan) – and Ethan Hayter (INEOS Grenadiers) just one point behind, there will be two climbs, both fourth category: Pisa Barro (148.7) and Bengado (186.1).

The Turismo do Algarve Yellow Jersey of David Gaudu and the IPDJ White Jersey from Remco Evenepoel (Quick-Step Alpha Vinyl) will be challenge when the long time trial hits the road on Saturday ahead of the final decisions at Malhão, on Sunday.